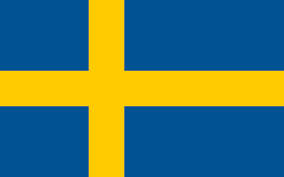 The two favourites were able to get the wins in exciting fashion today in the semi-finals of the Men’s hockey tournament at the Olympic Games.  Sweden went down 1-0 fairly early against the defensive-minded Finland Team, but they were able to generate enough offense to secure a 2-1 win.  In the other game Canada outplayed the USA and showed that playing against a competent defensive team makes it more difficult to score.  The high flying USA offense was left with 0 after 60 minutes and Carey Price and the Canadians won 1-0 on a beauty goal from Jamie Benn.

Now the two nations face off in the gold medal game at 7am EST on Sunday morning.

Here are the moneyline odds from a few of our favourite sportsbooks:

Looking at these 4 top sportsbooks, the best place to bet on Team Sweden would be at either Bovada or 5Dimes, while the best odds for Canada are at BetOnline.

Team Canada showed their defensive prowess against the Americans, keeping a team that was scoring at will to 0 goals and really not many chances.  I do think that Sweden is more of an offensive threat than the Americans simply because Erik Karlsson can add an extra element to any rush or powerplay that American defensemen simply cannot.  I don’t expect Canada to shut out the Swedes, but I also think Canada will control the play with possession time.  That said, even against the Americans, Team Canada has struggled to score this tournament.  With all the power they have offensively they just haven’t clicked in the offensive end and this could affect them against the Swedes.

Like I said, I don’t expect Sweden to be held off the scoreboard so Canada will have to finally find some offensive chemistry against a strong defensive team to win this game.

That said I do think that Team Canada is better at all aspects of the game.  They will win this game more often than not, but in order to justify betting them at -175 they have to win 64% of the time.  That means they have to win almost 2 out of every 3 games against the Swedes.  Team Sweden needs to win at least 38% of the time to justify betting them at +165.

I personally think the odds are fairly accurate in this game so you won’t find a great edge, but I give the game more of a 60/40 split in terms of winner.  In this case there is a small edge betting on Team Sweden.  They have Henrik Lundqvist who could steal a game and the Karlsson weapon from the point is big for me in a game like this.  I think Canada wins more often than not, but Sweden is the smart bet in this case.