The Indianapolis Colts and Buffalo Bills will kick off the 2015 NFL season against each other in a matchup of old AFC East foes. The game is scheduled for 1 PM. ET., on Sunday afternoon at Ralph Simpson Stadium in Buffalo.

The Indianapolis Colts made it to the AFC Championship Game last season before losing to the New England Patriots in the game that started the Deflategate saga. This year, they are hoping to make it to the Super Bowl, which is why they signed veteran players Andre Johnson and Frank Gore in the offseason.

The Buffalo Bills were 9-7 last season, and they are hoping to make a playoff run this season. They hired Rex Ryan as their head coach and traded standout linebacker Kiko Alonso to the Philadelphia Eagles for LeSean McCoy, in an attempt to improve their offense, which was a liability last season.

The Bills also made a change at the quarterback position, releasing Matt Cassel and naming Tyrod Taylor as their new starter. Taylor, who spent the first four seasons of his career ad Joe Flacco’s backup in Baltimore, will finally get a chance to show what he can do. If he is successful, the Bills should have a very good season.

Online sportsbook BetOnline.ag has the Indianapolis Colts as road favorites against the Bills. They are 2.5 point favorites to win the game. The over/under on total points scored is 46.

Click here to visit BetOnline.ag and place your bet…

The Indianapolis Colts haven’t had a consistent running game since they drafted Andrew Luck, but things should be different this season with Frank Gore in the backfield. The former San Francisco 49er has gone over the thousand-yard mark in four straight seasons, and eight of the last nine seasons. The year he didn’t rush for over a thousand yards was an injury-plagued season in which he played in only 11 games. With Gore on the team, defenses will have to be honest and account for him, instead of playing the pass on most downs like they have in the past. 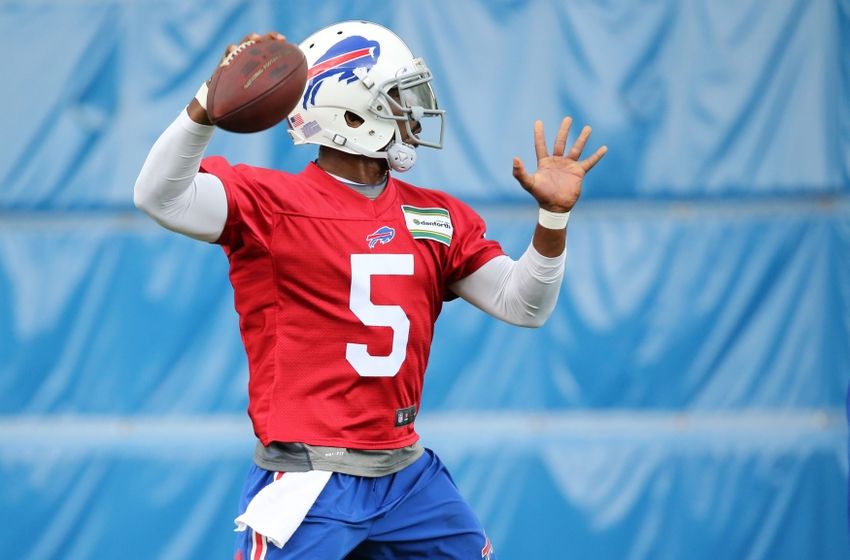 Tyrod Taylor is the wildcard in this game. He could give the Colts defense fits if he plays the way he can.

Andre Johnson also gives Luck another reliable target to throw the ball to. Johnson has been a very reliable receiver during his whole career, and will finally have a good quarterback throwing him the ball, which is something he has never had. So expect him to put up better numbers than he has the last couple of years.

Buffalo had one of the best defenses in the NFL last season, and they are expected to be one of the best again this season. They will face a big test against the Colts, who have one of the best quarterbacks in the game in Andrew Luck. Their defensive line should be able to get some pressure on Luck, but they have to also find a way to contain Frank Gore, who ran for 106 yards on 14 carries the last time he played the Bills in 2012.

This game is tough to pick because the Colts are clearly the better team, but you never know what to expect from a Rex Ryan team and the winds at Ralph Wilson Stadium. The smart money will be on the Colts to cover the spread and win, but I’m going to go with the Bills in this game, because I believe Tyrod Taylor will create some problems for the Indianapolis defense.