Here are the Odds from BetOnline.AG

DC United (7-9-13) are sitting at the 7th spot of the Eastern Conference with 34 points, just as many as their upcoming opponents, but they have a slightly better goal difference. They are 2 points behind the 6th New England Revolution, and also have a match in hand, so if results go their way, they could leapfrog the Revs for the 6th place. DC United have overcome their consistency issues that plagued them during the first half of the season, as they have lost just one of their last 9 MLS matches (2-1-6). Interestingly enough, 4 out of those 6 draws were with a 2-2 score. They have a record of 6-4-4 at home this season, but they are unbeaten in their last 6 home matches (3-0-3). They are coming off two consecutive 2-2 draws on the road against Chicago Fire and New York Red Bulls, while they have scored at least 2 goals in 7 out of their last 9 matches. DC United will have quite a few injury problems, as Korb, Martin, Kamara, Horton and Franklin are injured, while Rolfe, Jeffrey and Opare have yet to complete their concussion protocol and will also be unavailable.

On the other hand, Orlando City (7-9-13) have just as many points as DC United, but are at the 8th spot due to their -5 goal difference. The same scenarios apply to Orlando City, as they could even move up to the 6th spot if results go their way. However, something is very wrong about Orlando City the past 3 months, as they have managed to win just 3 of their 14 matches (3-6-5). Perhaps their short-term gains from making a coaching change have evaporated and the long-term problems are more apparent than before. The attack is producing chances but not enough to make up for the poor defending. They are coming off two straight harsh defeats, as they fell to Columbus with 4-1 at home last week, while were also defeated with 2-4 by the Galaxy prior to that. They have 2-6-6 on the road this season, but they have lost just one of their last 6 MLS matches on the road (1-1-4). Orlando City will be without Higuita and Nocerino who both have hamstring injuries, while Aja is also out with a concussion. 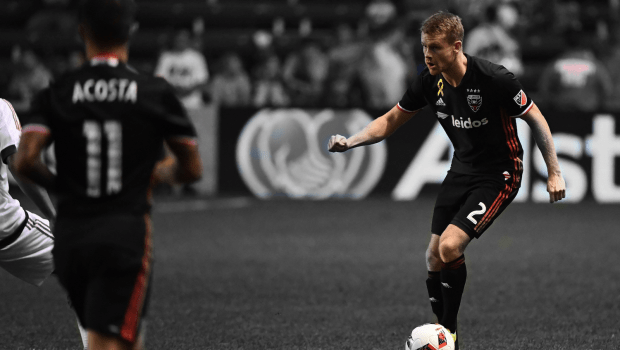 This is bound to be a very tough match between two teams that are fighting to climb the Eastern Conference ladder. Whoever wins will have a strong chance to capture the 6th spot, but they also depend on New England Revolution’s result too. After taking both team’s recent performances into consideration, I will take the Over 3 Goals on this one.