After 20 years, one MVP Award, 18 All-Star appearances, and 5 NBA championships, Kobe Bean Bryant will officially retire from the NBA after the Los Angeles Lakers go up against the Utah Jazz on Wednesday night. The game will take place at the Staples Center in Los Angeles, and is scheduled to begin at 10:30 PM. ET.

On a night where most eyes should be on the Golden State Warriors, who are going for the regular season wins record, NBA fans and players will be watching one of the league’s greatest players suiting up for the final time.

The Lakers have the worst record in the Western Conference and have been eliminated from the playoffs for some time, but the Staples Center will be sold because fans one to see one of their favorite players for the last time. Since the Jazz are still in playoff contention and can clinch the 8th seed with a win and a loss by the Houston Rockets, the Lakers will be trying to play spoiler and keep one of their old nemesis out of the playoffs. 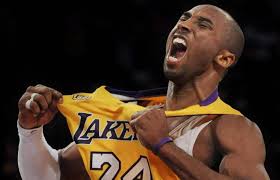 This will by Kobe Bryant’s last game in the NBA. You can be sure he will go out shooting.

Utah missed out on a chance to control their destiny when they lost to the Dallas Mavericks in their last game. The loss to Dallas helped the Mavericks clinch a playoff berth, and knocked the Jazz to 9th position at the same time.

The last time the Jazz played the Lakers, they handed Los Angeles its worst loss in franchise history, which should give them a lot of confidence going into this game. At the same time, the Lakers will also be trying to get some payback for the embarrassing loss and give Bryant a win in his final game as well, so it will be interesting to see how it all plays out.

In their last meeting, Rodney Hood scored 30 points on 10-13 shooting, since he averages 14.7 points per game, the chances of him replicating the performance are very slim.

Kobe Bryant leads the Lakers with 16.9 points per game, a lot of his fans will be hoping to see a vintage performance in his final game, but he has struggled with his shot for most of the season, making it unlikely he will give them the performance they are hoping for.

BetOnline.ag has the Jazz favored to win this game by 7.5 points. The over/under on total points scored is 192.  Here’s a review of BetOnline if you want to learn more about the sportsbook.

The Lakers will play hard but it won’t be enough against the second best defense in the league. Smart money is on Los Angeles to cover the spread but lose the game.