Barcelona returned to winning ways when they utterly destroyed Celtic with 0-7 for the Champions League on Tuesday. They did lose in a very shocking match last week, from the newly promoted Alaves with 2-1 at home, and they will surely be at the top of their game when they are hosted another newly promoted team, Leganes.

Leganes were tragic in the first half of their match against Sporting Gijon last week. They conceded two goals in the first 45 minutes, after a couple of mistakes in their defense, one of which was from the penalty spot. They were much more offensive and creative in the second half, but they could only score a consolation goal for the final 1-2. That was their first defeat of the season, but taking on Barcelona will be a huge task. They shocked Celta in the premiere, when they escaped Vigo with all 3 points, while they took a valuable draw against Atletico Madrid on the second match. They will be hosting Barcelona for the first time in the club’s history, and every single ticket has been sold. They won’t have any injury concerns, and coach Garitano is expected to use a formation with 4 defenders and 5 midfielders.

Barcelona made a much anticipated blow-out win against Celtic, when they obliterated them with 0-7 at home for the Champions League. Lionel Messi scored his 6th hattrick in the competition, and he is now at the top spot, leaving Cristiano Ronaldo behind. Suarez added two more goals, while Neymar completed the match with 1 goal and 4 assists. Goalkeeper Ter Stegen has returned to the starting formation, and he even saved a penalty kick when the socre was 0-1. That 0-7 win was Barcelona’s biggest win in the competition, while their previous record was a 1-7 win against Bayer Leverkusen. However, Barcelona were unexpectedly defeated by Alaves at home in their last league match, with 2-1. Real Madrid are already 3 points above them, and there is no room for another mistake here. Coach Enrique will now know better not to make such heavy rotations on his squad, while Mascherano will fight for a spot in the starting 11. 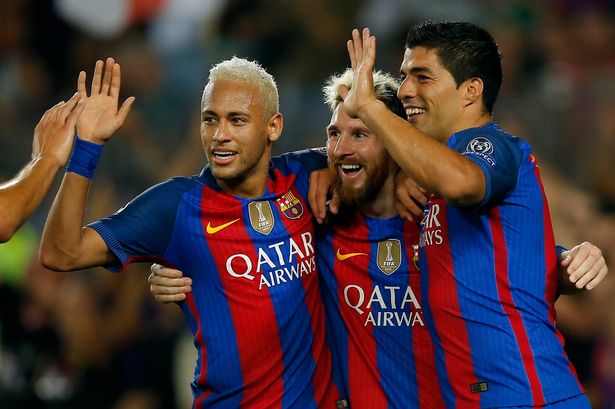 Leganes are faced with yet another huge challenge when they host Barcelona. They have produced some amazing results so far, and I expect them to put up a fight in this match. However, playing very defensively against Barcelona might not be the perfect way to go, as Barcelona are so used to breaking up the enemy lines.