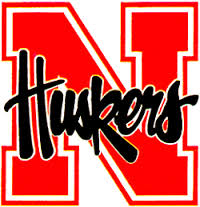 Nebraska vs Baylor is a very interesting 6 vs 11 matchup taking place early on Friday afternoon.  The Nebraska Cornhuskers are coming out of a strong Big Ten Conference where they finished with a record of 11-7, which put them only 1 game back of Michigan State.  They actually beat each of the teams from the Big Ten ranked ahead of them at some point this season except Michigan (Wisconsin, Michigan State and Ohio State).  I personally think the Big Ten is a very strong Conference and Nebraska may have got the short end of the stick to be an 11 seed here.

This is a battle between two big Conference teams, which is always interesting in the first round of the tournament.  The Baylor Bears are coming out of the Big 12 where they finished with only a 9-9 record behind teams like Kansas, Oklahoma, Iowa State, Texas and Kansas State.  Even with just a 9-9 record Baylor was able to secure a #6 seed, which is surprising to some people, but a lot of this may have to do with them only losing 2 games out of Conference.

Here are the main odds for this game taken from BetOnline.ag.

To see the full odds and props for this game or to place your bet head over to BetOnline.ag.

I personally most like the Nebraska +162 moneyline bet.  I see this game really going either way and I’m surprised that it’s not a pick’em game.

Nebraska would definitely have a higher seed if it wasn’t for their 5 game losing streak at the beginning of January.  Since then the Cornhuskers have gone 11-4, all of these games played in the Big Ten Conference.  As mentioned they have beat Ohio State, Michigan State and Wisconsin.  The reason I think they may not be favourites here is because their road record isn’t great.  That said they have beaten Michigan State on the road and they won 3 of their last 4 road games, so they are coming together as a decent road team late in the season.

Baylor also had a 5 game losing streak in mid January and they’ve since been on a 6 game winning streak before losing to Iowa State in the Big 12 tournament finals.  They are playing good basketball, but I still feel like the Big Ten Conference is very strong this year and playing a good team that has beaten some of the best in the country could be tough.

I think this game could go either way so I really like the Cornhuskers +162 odds to win the game.