The Green Bay Packers have dominated the NFC North for years, but this year, they have some competition for the division crown and Sunday night’s game against the Minnesota Vikings at Lambeau Field will be a winner take all for the division title. The game will start at 8:30 PM. ET.

Coming into the season, a lot of people expected the Vikings to be competitive, but not too many people expected them to contend for the division title. They have been one of the best teams in the NFL this year thanks to Adrian Peterson, who leads the league in rushing after missing most of last season.

The Packers were expected to win the NFC North again this year because they have dominated the division since Aaron Rodgers became the starting quarterback for the team. 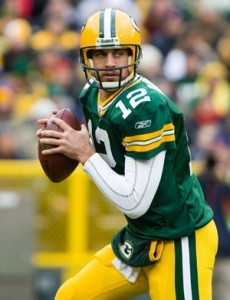 Rodgers has been very quiet lately, but he is still considered by most to be the best QB in the game.

This season, Green Bay’s offense has struggled in parts, which cost them a few games. One of the reasons the offense hasn’t been as prolific as it has been in recent years is the absence of Jordy Nelson, who missed the entire season due to injury.

In recent weeks, head coach Mike McCarthy’s team has played better offensively, but they still aren’t playing at their best. The team will need to be at their best on Sunday night if they want to play any playoff games at home this season.

Eddie Lacy has been inconsistent running the ball for Green Bay this season, the team will need him to produce like he did the last two years if they want to win this game and have success in the playoffs.

Last week, the Vikings dominated the New York Giants on both sides of the ball, and showed the rest of the NFL what they can do when they are clicking on all cylinders. If they can play like they did against New York this week, they will be very difficult to beat.

Like the Packers, the Vikings have already clinched a playoff spot, but they too would love to have home field advantage in the first round because they are just 4-3 on the road compared to 6-2 at home.

In recent years, the Packers have dominated the Vikings, including a 30-13 win in Minnesota this season, but the Vikings know what is at stake in this game and will be better prepared than they were in their first meeting of the year.

Teddy Bridgewater has been very solid for the Vikings this year and has thrown for 3132 yards and 14 touchdowns this season. The team will need him to make a big impact in the passing game because the Packers defense will focus on stopping Adrian Peterson, which will allow him to make some big plays in the secondary.

BetOnline.ag has the Packers favored to win the game by 3 points. The over/under on total points scored is 45.5.  Check out our full BetOnline.ag review to learn more about our top rated sportsbook.

This has been a one sided rivalry for a long time, even with the success Minnesota has had this year, I don’t think they have the confidence to go into Lambeau and get the win the Packers are the smart choice in this game.