One of the best games on the NFL schedule this week is the game between the Seattle Seahawks and the Cincinnati Bengals. The game will take place on Sunday, October 11, at Paul Brown Stadium. It is scheduled to begin at 1 PM. ET.

The Seattle Seahawks have bounced back from a 0-2 start and have now won two games in a row to get back to .500. Both wins coincide with the return of Kam Chancellor, who held out of the first two games due to a contract dispute.

The fact that the Seahawks played two teams with a combined record of 1-7 also helped. Now, they will be facing one of the toughest challenges of the young season as they battle the undefeated Bengals on the road, where they haven’t won a game so far this year.

The Bengals have been a big surprise this season, not too many people predicted they would start the season 4-0, but even fewer people expected Andy Dalton to play as well as he has this season. If he keeps up his play, he will be in the mix for league MVP by the time the season is done. 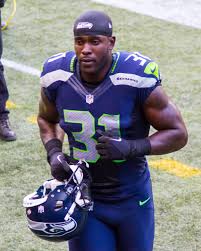 The Seahawks defense has had a boost with Chancellor back in the fold.

While the Cincinnati offense has been getting all the attention, their defense has been quietly playing well. Through the first four games of the season, they are allowing 19.2 points per game, which is the 9th best in the league, but they will have their hands full this week trying to contain Russell Wilson.

Despite winning their past two games, Seattle hasn’t resembled the team they were the past two seasons. Part of the reason is the fact that they have dealt with some injury issues and also didn’t have Chancellor for the first two games of the year.

With Chancellor back in the lineup, the defense is starting to play the way it played the past two years, helping the team get to consecutive Super Bowls. The defense allowed 48 points in their first two games, and only 13 points in their last two.

The biggest problem Seattle has right now is on the offensive end. During the offseason, the team made a big splash by trading for Jimmy Graham, but he hasn’t been utilized much this season. Through four games, Graham has 174 yards, which is a far cry from last season when he had 340 yards in the first four games of the season as a member of the New Orleans Saints.

A lot of this is because the Seahawks aren’t a passing team, but most people expected them to throw the ball a little bit more with a weapon like Graham at their disposal.

Star running back Marshawn Lynch missed last week’s game with an injury, and backup Fred Jackson suffered an ankle injury on Monday Night. If neither one of them can play on Sunday, Seattle will have a hard time getting their first road win of the year.

BetOnline.ag has the Bengals as 2.5 point favorites in this game. The over/under on total points scored is 43.  Check out our full BetOnline review by clicking here.

The Bengals are one of those teams that I can’t trust regardless of what their record is, but the Seahawks are dealing with some injuries and playing on the road, which is why I’m going with Cincinnati to cover the spread.

If you want to take the totals, the over is the smart play due to Cincinnati’s high-powered offense and the fact that they are playing at home.