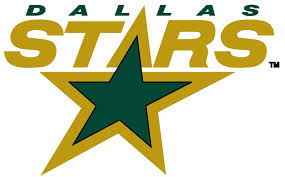 This game isn’t until tomorrow, but it’s a very big game for the Dallas Stars and you can bet that Dallas fans are looking ahead to this game with a big circle on their calendar.  The Phoenix Coyotes are currently 2 points back of the Stars for the final playoff spot in the West, but the Coyotes play tonight against the Nashville Predators, which means they could be tied with Dallas after tonight.  The Stars have the tie break of regulation and overtime wins on their side, but they definitely can expect to have to win at least 1 of their final two games to make the playoffs.

The interesting thing is that the Stars play the Coyotes in each teams last game of the season.  This could be a huge game, but if the Stars can win against the Blues tonight there is a chance they could make this final game of the season meaningless.  NHL fans would love a play-in game, but Dallas Stars fans would likely enjoy the comfort of getting in before this game.

Dallas is playing St. Louis tomorrow night and although the Blues are one of the top teams in the league they are on a down swing right now.  They also play tonight against the Wild, who have been doing well and have a very good home record so they could come into the game on a 4 game losing streak and be fatigued from the game.  This makes this a very winnable game for the Stars.

Odds for the Game

Let’s take a look at the odds from BetOnline.ag…

Even with all of this pressure and the fact the Blues are on the road and playing sub par hockey the Stars are still underdogs in this one.  The Blues are bound to snap out of this cold streak soon because they have too good of a team to head into the playoffs playing like this, but is the second of a back to back really when they are going to play their best?  Looking at it from another angle though the Blues and Stars could very easily play each other if the Stars make the playoffs.  This could get the Blues up for the game and have them play a very physical style to set the tone for the potential series.

All of that said, I still like Seguin, Benn and the Stars in this one as underdogs at home.  The Blues aren’t playing great and they are playing on the road in a second of a back to back.  The Stars have been very good at home this season and they will know that the Coyotes are nipping at their heels.

Take the Dallas Stars as very small underdogs in this one.