The Czech’s got out of the gate early and never gave up the lead against their rivals from Slovakia today.  This game started at noon EST and booked them a spot against the Americans in the quarterfinals.  The Czech Republic hasn’t had a great tournament after finishing third in their group with losses to both Sweden and the now eliminated Swiss.  They did beat the Latvians 4-2 for their only group stage win of the tournament.  All of that said the Czechs do have a decent lineup with several NHL players and they could give the United States a run for their money.

Here are the odds from a few top sportsbooks online:

BetOnline (Americans and Around the World)

I suggest betting on the Czech Republic at BetOnline.ag and on the USA at either Bovada or Bodog. 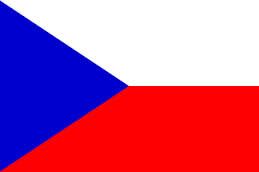 The Americans have pretty well cruised through this tournament with their only lost point coming because they needed a shootout to beat the Russians.  That said the Slovaks didn’t seem to be the team people expected this time around and the Americans handled them easily with a 7-1 win.  They also destroyed Slovenia 5-1, a team that has made the quarterfinals.  I’m not sure what to think of the Americans at this point.  I don’t like to put a lot of weight into teams running up the score against inferior opponents and the Czechs should easily be the second best team they have faced in this tournament.

Yes, the Czech Republic will be tired, but after gaining an early lead over the Slovaks they were able to somewhat coast through the game before the Slovaks unleashed offensively for 3 goals in 10 minutes in the third to make things interesting.  I still don’t expect fatigue to play a huge factor for the Czech Republic in this one and for that reason I give them a legitimate chance to pull off the upset.

It hasn’t been the best tournament for the Czechs, but they do have the talent at all positions on the ice to play a tough game against the USA.  The Czech players have already admitted that they wouldn’t like their chances in a 7 game series, but they know that they just need 1 big game to advance to the semi-finals.

At the odds given, I personally like the Czech Republic at +245 from BetOnline.  They just have to win this game over 29% of the time for this to be a smart bet.