Two teams that are on totally different quests clash on Saturday, when the Colorado Rapids travel to Vancouver, where they will be hosted by the Whitecaps at BC Place. As the MLS regular season draws to a close, the Colorado Rapids are eyeing a top 2 spot in the Western Conference, while the Vancouver Whitecaps have just a few mathematical chances to go into the post-season. However, the Whitecaps will need a massive miracle in order to do so, as they need a lot of results to go their way. Anyway, this is the beauty of soccer, you never know what’s going to happen, especially in the MLS where we have seen some crazy results the past few years.

Here are the Odds from BetOnline.AG

Colorado Rapids (12-5-11) are still hanging strong at the top places of the Western Conference, as they are at the 3rd spot with 47 points after 28 matches. They are 1 point behind the 2nd L.A. Galaxy, and 5 points behind MLS leaders FC Dallas, but both these teams have 30 matches. Colorado can even move up to the first place if results go their way, as they have 6 more matches to play, while the Galaxy and FC Dallas have only 4 more matches. Colorado Rapids played for a frustrating goal-less draw against San Jose Earthquakes in their last match, but despite their unsuccessful result, they are still on the chase for a top 2 spot that guarantees one less knock-out match. Colorado have won just one out of their most recent 7 road matches in the MLS, but they will have a huge motive to win this match, as it could possibly push them at the 2nd spot in the Western Conference. They haven’t done a very good job in their road matches this season (3-5-6), but judging how the other teams have done in the Conference, they are not that bad as they have gathered the 3rd most points in the West (15).

On the other hand, the Vancouver Whitecaps (9-14-7) are sitting at the 8th spot of the Western Conference with 34 points after 30 matches. They are 6 points behind the 6th Kansas, and with just 4 matches to go in the regular season, things are looking pretty bleak for the Canadians. They did show some signs of life when they defeated Columbus with 3-1 on September 11th, but their recent 0-1 defeat to the Seattle Sounders was pretty much the last nail in the coffin of their play-off dreams. Not only they are 6 points behind Kansas with 4 matches to be played, but Seattle are between these two teams and they also have 2 matches in hand, so Seattle have much better chances of capturing the 6th spot than Vancouver. There are still some mathematical chances, but I think that we will see a demoralized Vancouver side as the season draws to a close. Vancouver have the 2nd worst home record in the Western Conference (5-4-5), but the most encouraging thing for them is that they have a good history in their match-up against Colorado at home (4-2-2). 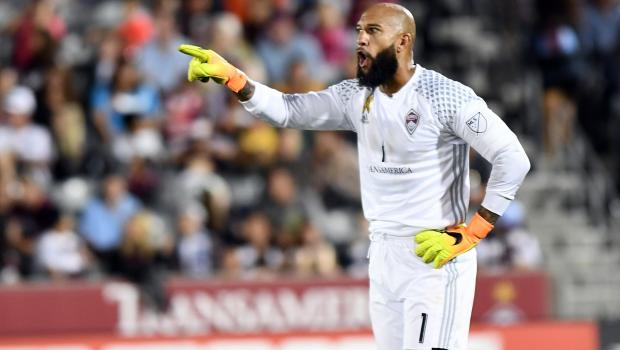 Vancouver still have some chances to make it to the post-season, but they need a huge miracle and I seriously doubt that they will make it. Of course they should try to squeeze out every possible chance for a play-off spot. Colorado have some valid chances to win the Supporters Shield, and I believe that they will treat every match from now on with much caution. This looks like a 1-0 Colorado win to me, but I will take the Handicap on this one, as they could even settle for a draw from this match.