The New York Red Bulls will be looking to extend their amazing undefeated run to 10 matches when they travel to Vancouver, where they will be hosted by the Whitecaps on BC Place this Saturday, September 3rd. 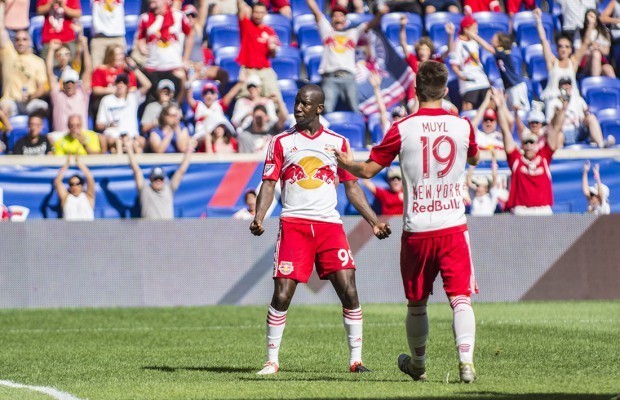 Vancouver (8-12-7) are sitting at the 9th spot of the Western Conference, four points behind the top six, and they will be surely hoping for a good run in the remaining 7 matches of the season if they want to have play-off hopes. They held out for a goalless draw at the home of the L.A. Galaxy, but they haven’t won in their last 7 MLS matches. The Whitecaps have the 3rd worst home performance in the league with just 20 points from 13 home matches (5-3-5). They will have just three injury concerns heading into this tie as Christian Dean, Kekuta Manneh and Jordan Harvey are all out. Carl Robinson’s options are limited here as Marcel De Jong, David Edgar, Christian Bolanos, Kendall Waston, Giles Barnes and Blas Perez are all on international duty.

On the other hand, the New York Red Bulls (11-9-7) are on a major undefeated streak, as they haven’t lost in their last 11 competitive matches, 9 oh which are for the MLS. The Red Bulls are steadily in the 3rd spot of the Eastern Conference with 40 points, just as many as the 4th Philadelphia Union. The Red Bulls are only 4 points away from Conference leaders NYCFC, with a game in hand, while Toronto FC are in between with 43 points. Amazingly enough, the Red Bulls have drawn their last 4 matches on the road, all with a 2-2 score. They will be looking to take revenge for their most recent result at Vancouver’s home ground, a very heavy 1-4 defeat. New York Red Bulls are without Gideon Baah, Connor Lade and Damien Perrinelle, while Dax McCarty and Luis Robles are both doubts. Red Bulls have less players on international duty as Kemar Lawrence is with the Jamaica squad, while Sacha Kljestan is in action for the USMNT.

The Vancouver Whitecaps are on a bad run lately, and missing most of their quality players due to international duty will surely do them no good. The Red Bulls will be eager to take all three points from this match, as they could possibly move up to the 2nd spot in the Eastern Conference.