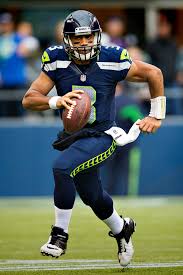 Two teams fighting for a playoff spot in the NFC will meet on Sunday when the Seattle Seahawks take on the Minnesota Vikings. The game will take place at TFC Bank Stadium in Minneapolis, and it is scheduled to begin at 1 PM. ET.

The Seahawks are coming off an impressive win against the Pittsburgh Steelers, keeping them in the thick of the NFC playoff race.

At 6-5, the Seahawks are currently holding the final NFC playoff spot, but the Atlanta Falcons and three other teams are within a game of Seattle, putting a lot of pressure on the defending NFC champions.

Against the Steelers, the Seattle offense finally came alive and Russell Wilson had his best game of the season with five touchdown passes. Unfortunately for the Seahawks, the offense suffered a big loss in their win, with prized offseason acquisition Jimmy Graham suffering a season ending injury during the game.

Despite the fact that Graham had a slow start to the season, he seemed to have turned things around and was playing much better at the time of his injury. The Seahawks will have to quickly adjust to playing without him if they want to keep their playoff hopes alive.

One of the biggest reasons for Minnesota’s success is Adrian Peterson, who came back from a 15 game suspension and currently leads the league in rushing yards. Peterson averaged 120 yards in his last five games and was named the NFC Offensive Player of The Month for November.

Another reason for Minnesota’s success is the play of their defense. The Vikings defense has improved over the course of the season, and it is currently the second best scoring defense in the NFL, holding opponents to 17.6 points per game.

Last week, the defense held a high scoring Atlanta Falcons team to 10 points, while limiting Julio Jones, the league’s leading receiver, to 56 yards. The Vikings defense against Jones is even more impressive considering the fact that he was averaging 153 receiving yards in his last three games prior to the meeting.

The key to success for the Seahawks in this game will be to focus on establishing the run. Despite Minnesota’s success this year, they have shown that they can be beaten by a team that successfully runs the ball, which is something Seattle does well.

The Vikings know that the Seahawks will try to force Teddy Bridgewater to beat them by throwing the ball, which means that they will also need to establish their run game early to keep the Seattle defense honest.

BetOnline.ag has the betting line for this game set at even, which means that you have to pick the winner. The over/under on total points scored is 42.  Check out our full BetOnline.ag review to learn more about our top rated sportsbook.

The Seahawks need to win this game more than the Vikings do, but they haven’t played very well on the road this season, so the smart play here will be to pick the Vikings to win. If you aren’t confident in either team, you should take the under because this game is likely going to be a low scoring affair.