The Men’s Moguls is a one day event at the 2014 Winter Olympics in Sochi.  The qualification begins in the evening on February 10th and before midnight we should have a gold medal winner ready to stand atop the podium.  The moguls are considered a freestyle skiing event at the Olympics and according to the oddsmakers Mikael Kingsbury from Canada is the odds on favourite to win.

Here are the odds for the Men’s Moguls event at the 2014 Winter Olympics from Bet365.com, our top rated Olympics sportsbook (Americans should use Bovada.lv).

These are all of the athletes with a better than 1 in 50 shot at winning the Men’s Moguls according to Bet365. 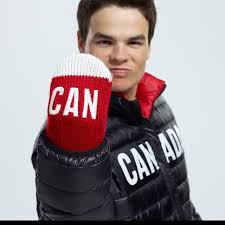 Mikael Kingsbury, the 21 year old Canadian from Quebec is actually being given implied odds of 66% to win (expected to win gold two-thirds of the time).  Kingsbury is the 2013 World Champion in the Moguls so this really is his race to lose.  At 1/2 odds its hard to bet on the Canadian though because if anything goes wrong the gold could slip through his fingers.

Alexandre Bilodeau is Kingsbury’s Canadian teammate, but he is a much more experienced 26 years old.  This year Bilodeau finished second to Kingsbury at the World Championships, but the Olympics could be where Alexandre shines as he did win the gold medal in this event at the 2010 Games in Vancouver.  Bilodeau seems to be stronger at dual moguls these days as well, having won the World Championships in that event this year, but he will look to find a way to win the regular moguls at these Olympics.

After these two there is quite a jump in quality to Patrick Deneen of the United States.  Patrick is also 26 years old so he has been around the block like Bilodeau.  Deneen grabbed the bronze medal at the World Championships behind the two Canadians, so you can see a pattern forming with the oddsmakers looking at recent races as a good indicator for each athletes odds in Sochi.

I suggest looking a little further down the field for someone who has the potential for a big day in Sochi.  The odds lengthen significantly after these three competitors so you could really get a big payout if you choose the right athlete further down the list.

Head over to Bet365.com to see the full list of odds for the competitors and to place your bets.  This is going to be a very interesting event to watch in Sochi.