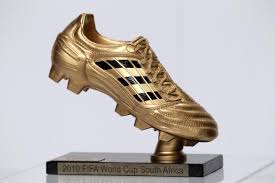 There are only 4 teams left in the World Cup.  Each of these teams will play 2 more matches; 1 semi-final and then either the final or third place match this coming weekend.  At the present time James Rodriguez from Colombia is the current top goalscorer in the tournament with 6 goals scored in 5 matches played.  Unfortunately for Rodriguez the Colombians were eliminated from the tournament in a 2-1 loss to Brazil in the quarterfinals.  This means that Rodriguez’s claim for the top goalscorer spot is in jeopardy.

Neymar, who has 4 goals so far in the tournament has also been ruled out of the final games due to injury.  This leaves only a select few players who have a realistic chance of catching Rodriguez for the Golden Boot.

Here are the top goalscorer odds from a variety of sportsbooks.  I’ve included the best odds for each player:

After these players there is nobody remaining with at least 3 goals and games remaining. 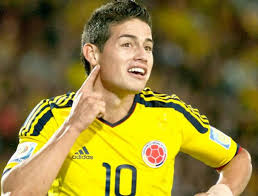 The smart money has to be on James Rodriguez’s 6 goals to stand as the most goals in the tournament.  Each of the other players would need to reach 7 goals in order to win the Golden Boot because they will have played more games than Rodriguez, which is the first tiebreaker.

That said I think the next best bet would be on Thomas Muller of Germany.  Muller has looked dangerous during every game and he will once again be looked upon to provide offense for the Germans against the Brazilians.  I think Germany will be able to break through the German defense and if you have to choose someone to score the crucial goal it has to be Thomas Muller.  He is also the player that would most likely take the penalties for Germany if they do find themselves fouled in the box.  Muller has already converted one penalty this tournament.  In fact, each of the players with 4 or more goals have converted at least one penalty.

I also think Robben at 27.50 is a possibility.  Robben will likely become more of a playmaker in his remaining matches because he will be marked so strongly, but he has shown brilliance so far in the tournament and I wouldn’t be overly surprised to see him explode for another big game on the scoreboard.  He will not let up if the Dutch take an early lead and this could result in some extra goals, like it did against Spain in game 1.

My pick is Rodriguez with odds of 1.73 @ Bovada.eu though.