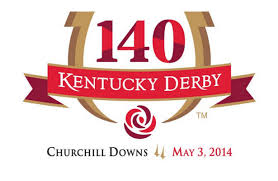 The 140th Kentucky Derby race is just 10 days away.  The 20 horses who will be competing in the race have been selected and now comes the analysis, picks and lead up to the event which is similar to that of the Super Bowl media week.  There is one horse that is a significant favourite in the field, but if he doesn’t win it’s really anyone’s race.  The horse I’m talking about is of course California Chrome who has two wins heading into the Derby and finished the prep races with the most points.

You still have 10 days to bet on the 140th Kentucky Derby, and the odds are sure to change as we get closer to the race, but let’s take a look at the odds for these twenty horses right now.  I found these odds at BetOnline by clicking on ‘Futures & Props’ and then selecting ‘Horse Futures’.  I suggest checking out the up to date odds at BetOnline.ag instead of just going by these odds that I published on April 23rd.  To learn more about the sportsbook check out our BetOnline review. 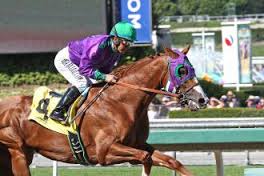 As you can see California Chrome is really the main favourite in this field.  The oddsmakers are basically giving him a 1 in 3 shot at winning the Derby.  California Chrome won both the San Felipe race in March and the Santa Anita Derby in April.  The Santa Anita Derby was a grade 1 race and it was ran over the same distance as the Kentucky Derby.  Chrome won the race with Hoppertunity and Candy Boy, two other top contenders for the Kentucky Derby, finished 2nd and 3rd respectively.  Chrome has now won his last four races and if he can make it 5 it will be the biggest win of his career.

Wicked Strong is a bit of an unknown as the second favourite.  He only won 1 race this year, but it was his most recent outing at the Wood Memorial, which is a grade 1 race.  In the race he beat Samraat and Social Inclusion, who are both in the Derby field.  Before that though he didn’t place in either his January or February races.  It will be interesting to see if he can build of his win at Wood Memorial and live up to the expectations.

Hoppertunity is the third favourite and he came second to California Chrome at the Santa Anita Derby.  In that race he just didn’t have the stamina to stay with Chrome down the stretch so I don’t expect that to change much at the Derby.  He did finish in first ahead of Tapiture and Ride on Curlin at the Rebel Stakes in March, so he is definitely one of the top horses at the Derby, but whether or not he can compete with Chrome will be question.

The most exciting two minutes in sports are sure to be just that.  I’m looking forward to this race and it’s still 10 days away, but at that time all of our questions will be answered and we will have a new Derby winner and another potential Triple Crown horse.