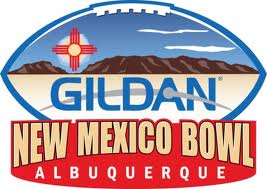 The Bowl season in college football kicks off this coming weekend.  The New Mexico Bowl game is set to take place at 1 pm this Saturday and will feature the Nevada Wolf Pack and the Arizona Wildcats.  Both Nevada and Arizona are 7-5 on the season, so they really just snuck into a Bowl Game.

Here are the odds from 5Dimes.eu, our recommended college football bookie.

As you can see Nevada are big dogs in this game and that should be expected.  First of all they play in the Mountain West Conference, which isn’t exactly one of the top conferences in college football.  This is compared to Arizona who plays in the Pac-12, which includes some of the best teams in college football, such as Stanford and Oregon.

Next you have to look at Nevada’s recent performances.  They started off the season on fire winning 6 of their first 7 games, but have since lost 4 of 5.  That said these four losses were to the 4 top teams in the MWC so their schedule was much harder in the second half of the season.  They did keep their most recent game, one vs now #19 ranked Boise State within a touchdown.

Arizona on the other hand finished the season fairly strong winning 4 of their last 6 games.  Granted they did lose their last game of the season against rivals Arizona State by a touchdown, but they did beat USC when they were ranked #9 and also kept it very close against Oregon State and Stanford earlier in the season.

Arizona should be the better team overall come Sunday and keeping their last game against Boise State close shouldn’t worry Arizona backers too much because Boise State is really not the 19th best team in the country.  Arizona should take this game easily.

How To Bet on New Mexico Bowl

Click here to visit 5Dimes.eu.  Then proceed to open an account and make a deposit.  After you have money with which to bet you will find this game by clicking on ‘College Football’ in the sportsbook.  Closer to kick off you will also be able to find reduced juice lines at 5Dimes.