Bet On 2013 Lions Tour To Australia 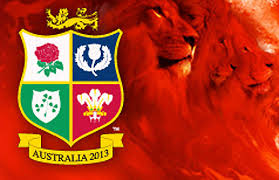 After a host of warm up matches over the last few weeks, the British & Irish Lions tour to Australia begins in earnest this weekend with the first Test against the hosts taking center stage. This year’s Lions tour to Australia marks the 125th anniversary of the Lions’ first ever tour in 1888, also to the shores of Australia and New Zealand, and throughout that time has remained the premier rugby tour in international rugby. With the advent of professionalism in rugby, the traditional rugby tour has all but disappeared, but the Lions institution has stood firm, and remains the pinnacle for any player hailing from the Home Nations of England, Ireland, Scotland and Wales.

Bet365.com is the best place to bet on the Lions tour to Australia, offering you a wide array of match selections and markets, including exciting in play options that you can have a punt on as the games progress. Below we look at some of the most popular bets that Bet365.com has to offer.

The Lions, who alternate every four years amongst tours to Australia, New Zealand and South Africa, last played against the Wallabies in 2001, when they narrowly lost 2-1. Their last victory in Australia was in 1989. A repeat of that result is being given at 3/1, but with a strong Lions squad and a relatively unprepared Wallaby side taking them on, the opposite result is more likely at this stage, and at 7/4 isn’t a bad option. A Lions whitewash pays at a rather low 12/5.

Gatland and his coaching staff have chosen a strong squad for the tour, mixing a wealth of experience with an exciting infusion of youth, as the Lions seek their first Tour victory since 1997, when they beat South Africa 2-1. Notable absentees include Johnny Wilkinson, who made a late push to be included in the last few weeks, as well as England captain Chris Robshaw. The number 10 jersey will be contested between England incumbent Owen Farrell and Johnny Sexton of Ireland.

The Lions will play eleven games in their tour in total, and have enjoyed a strong start to the tour thus far, comfortably winning the first six warm up games, before coming unstuck against the Brumbies on Tuesday, but with their attention very much on the first test on Saturday in Brisbane. The remaining two tests will be played in Melbourne and Sydney in the coming two weeks.

Bet365.com is the place to go for betting on the Lions Tour To Australia. There you will find the best odds when it comes to rugby betting markets as well as in-play options to play as the action unfolds.

Visit the official Lions website to keep up with the latest from the tour.