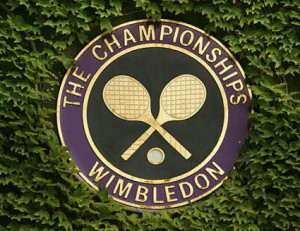 It has been a Wimbledon full of surprises this year, with several leading players being knocked out early in the competition. From the women’s side, top favourites Serena Williams and Maria Sharapova were eliminated long before the closing stages of the competition, and it was no different in the men’s section, with Roger Federer and Rafael Nadal not making it past the first few rounds. But perhaps the two men that many expected to reach the final this Sunday have managed to keep their concentration amongst the madness going on around them, and will line up for their fifth ever major final together.

Bet365.com is the best place to bet on the 2013 Wimbledon Men’s Final, offering you a wide array of match selections and markets, including exciting in play options that you can have a punt on as the match progresses. Below we look at some of the most popular bets that Bet365.com has to offer.

Twelve months on from his defeat to Roger Federer in his first Wimbledon final, Andy Murray (6/4) has another crack at the All England Club title. Since that defeat, Murray has gone on to win gold at the Olympics (also at Wimbledon) and his first major title at the US Open, defeating his opponent on Sunday on his way.

That man is Novak Djokovic (4/7), world number one and probably the best tennis player in the world right not. Djokovic was runner up in the French Open a few weeks back, falling to Rafael Nadal, but has looked supreme over the last two weeks, and it will be interesting to see whether the grueling semi-final victory over Del Potro, the longest ever semi-final at Wimbledon, will cause him any problems. Given his prime physical condition, it shouldn’t really be a problem, and may actually prove to be a help rather than a hindrance.

Both men have gone through close matches on their way to the championship decider, and another close and even contest is expected on Sunday. A straight sets victory would be surprise from either men, and the 5/2 given for a Djokovic 3-0 victory doesn’t offer great value. Conversely, should Murray go on to win the title, it is difficult to see him doing it without suffering at least a set defeat. Five sets pay out reasonably well, with a Djokovic win going at 5’s and Murray win at 6’s. A 3-1 victory for Djokovic at 3/1 is evenly priced, with Murray win with the corresponding scoreline at 5/1.

It will no doubt be a close contest. Murray has come a long way in recent times, and the support that he will receive at Center Court will be considerable. Having said that, Djokovic is a champion player, and has played under extreme pressure in the past, and must enter the match as the slight favourite.

Bet365.com is the place to go for all tennis action coming from Wimbledon. There you will find the best odds when it comes to tennis betting markets as well as in-play options to play as the action unfolds.

Check out the official Wimbledon website to keep up with the final.