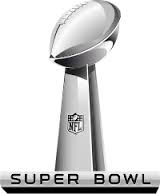 It’s the ultimate Super Bowl matchup.  The top offense against the top defense.  A Super Bowl like this hasn’t been played since 1990, when the Giants (who had the top defense in the game) defeated the Bills (who boasted the best offense).  Let’s not stop there though.  Another crazy statistic is the fact that the spread between the Broncos average points per game of 37.9 and the Seahawks average points allowed of 14.4 is the biggest spread of any NFL game ever played….ever.  Yes, that includes both regular season and post season games!

Add on to this crazy storyline, the fact that this is going to be the first ever outdoor, cold weather Super Bowl (and possibly last) and you have two of the best story lines leading into a Super Bowl that anyone could ask for.  This Sundays game (if the weather goes according to plan) will be one to remember for sure.

But enough on the story lines.  Let’s get to the betting.  Here are the Super Bowl odds from online sportsbook 5Dimes.eu.

These are the reduced juice betting lines at this time from 5Dimes.  You can also find a ton of Super Bowl prop bets for anything from the opening coin toss, to how many touch down passes Peyton will throw.

In 1990 the defense got the better of the offense and I expect more of the same to happen this weekend.  I personally got my money in on the Seahawks earlier when they were +115, but I still like them at the +110 money line.  The other Manning was unable to score a single point against this team earlier in the season, and although the Broncos and Giants are totally different teams, if they can hold Peyton to even close to what they did to Eli the Seahawks will win this game easily.

It is also expected to be very cold outside and Peyton has struggled in cold weather games to this point in this career.  Peyton is currently 0-4 in playoff games in under 40 degree weather and it is very likely to be that cold this Sunday in New Jersey.  That said, Peyton has played outside in Denver for the past two seasons and should have adjusted at least a bit to playing in the cold weather.  It will be interesting to see if he can get his first win in a cold-weather game, but I personally don’t think he can.

The old saying goes that defense wins championships and I think that saying will gain even more notoriety after the Seahawks are able to shut down the Broncos offense en route to a Super Bowl 48 win.

Check out our Super Bowl betting page for more basic information about how to bet on the big game this weekend.