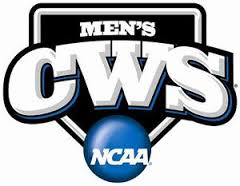 College baseball doesn’t have the same following as college football or baskeball, but the fact remains that some of the best baseball players of the future will be participating in the final 8 team round of the NCAA World Series taking place in Omaha, Nebraska over the next week.

Three of the top four seeded teams in the country are still in the mix with just the 2nd seeded Vanderbilt Commodores having been ousted by the Louisville Cardinals.

The NCAA World Series is a double elimination tournament to find the two finalists, who then battle it out in a best of 3 Championship Series between June 24th and 26th.  North Carolina is the #1 seeded team remaining, but according to Bovada.lv it’s #3 Oregon State and #4 LSU who are the real favorites in the tournament.  Let’s take a look at each of the remaining teams odds according to Bovada.lv prior to the tournament:

As you can see the oddsmakers really think it’s a three team race between the three teams with seedings beside their names.  That said baseball is a sport where anything can happen and things change very quickly.  I personally would steer clear of the favorites in a tournament like this where two quick losses and you’re sent packing.

Here are the odds for the team coming out of Bracket one:

Oregon State is the only seeded team in their bracket so they may be the best bet as the team to win it all.  You can’t win the NCAA World Series without first winning your bracket and they have the easier bracket by the looks of things.

You can keep up with the tournament at with the NCAA interactive bracket that will be updated daily.  The bracket is somewhat complicated with it being a double elimination tournament so I suggest you check it out if you are planning to bet.

How To Bet On The 2013 NCAA World Series

All of the odds shown above have come from Bovada.lv.  The majority quality online sports betting guides agree that Bovada is the best place for Americans to bet online.

You can find the odds under ‘Baseball’ and ‘Baseball Futures’ at the Bovada website.  They will also be taking bets on each of the individual games throughout the remainder of the College World Series.

Bovada only accepts american bettors, which makes them a great bookie for catering to the needs of US residents.  If you are Canadian and are looking to place a bet check out their Canadian sister site Bodog.eu.