Bet On The 2013 Indian Premier League 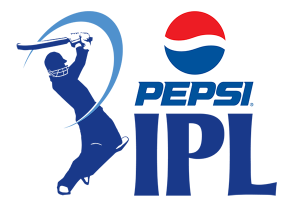 Love it or hate it, the Indian Premier League returns for its sixth edition to take its annual stranglehold over all things cricket once more on Wednesday. Culminating with the now seemingly distant May 26 final, one of the biggest annual sports betting events kicks off with a game between the Kolkata Knight Riders and the Delhi Daredevils. Once again the world’s leading players reconvene in the most lucrative cricket league in the world, and with next year’s mass auction in mind, many of the players on show in this tournament could land themselves million dollar contracts for the next few seasons with a strong showing over the next few weeks.

Below we look at the leading contenders for the title, as well as the players most expected to perform throughout the tournament, as well as the odds for these markets. The odds are taken from Bet365.com, the best place to have a bet on the 2013 IPL. All of these betting options will be available on the site, as well as many more options and in-play bets.

(each-way bet available for team finishing in positions 1 to 2, paying out at 1/2)

Over the last few editions of the competition, a pattern seems to have emerged, in as much as two echelons have seemingly formed. The top teams expected to enter the knock out rounds of the competition are again the Chennai Super Kings, Delhi Daredevils, Mumbai Indians, the defending champions Kolkata Knight Riders as well as Royal Challengers Bangalore, and the odds reflect as such.

On the other end of the scale, the Royals, Kings XI, new-comers Sunrisers Hyderabad and the Warriors will be expected to struggle as the tournament settles into its rhythm. The Warriors have in all likelihood the best chance of making the jump to the top half of the competition, with the acquisitions of Ross Taylor and Ajantha Mendis, as well as the return to the side of Yuvraj Singh following his return to the sport after a successful fight with cancer, strengthening the side immeasurably. The loss of Australian captain, Michael Clarke, will be a bit of a blow for them, you feel.

(each-way bets available for players finishing in positions 1 to 5, paying out at 1/4)

Chris Gayle (3/1 highest scorer) is the only batsman in the history of the competition to have hit three centuries, and returns once more as the stand out star of the event. Following the Jamaican are Mike Hussey, in his first turn in the competition since his international retirement, and Virat Kohli (14/1), followed by several IPL veterans, including Virender Sehwag, Dave Warner, Gautam Gambhir (all 16/1) and Jacques Kallis (20/1). With big hitting Kevin Pietersen missing the competition through injury, Gayle looks a strong favourite in this market, as he has done for the last few years.

The highest wicket taker in the competition will likely be more closely contested, with the pre-event favourite being Lasith Malinga (5/1) being closely followed by 2012 standout Sunil Narine (8/1). R Ashwin (10/1) is followed by the South African pace duo of Dale Steyn and Mornè Morkel (12/1 and 16/1 respectively). Expect these markets to fluctuate as the tournament progresses.

As we mentioned above, the best place to have a bet throughout the duration 2013 IPL will be with Bet365.com, which is where you will find the best odds and markets for any future cricket betting events as well.

Keep in touch with the tournament by visiting the official IPL website.