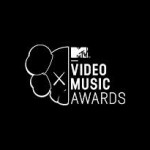 The 2013 MTV Video Music Awards are set to take place this Sunday, August 25th at the Barclays Center in Brooklyn.  Online sportsbook Bovada.lv has added some betting odds for some of the more coveted awards.  With these types of award ceremonies the winners are kept tight lipped until they are revealed on stage, which makes betting on the awards possible.

To bet on the 2013 MTV VMA’s visit Bovada.lv and click on ‘Entertainment’ in the left side bar, followed by ‘Film/Television’ props.

Let’s look at some of the awards you can bet on and the odds for the different artists.  This is not my area of expertise so take my picks with a grain of salt!

Video of the Year

I like listening to a sick song, while watching naked girls walking around as much as the next guy, but I’m not sure this is going to result in a Video of the Year win.  My pick here is “Thrift Shop”.  Personally I prefer the song and really enjoy the video.  It has 404 million views on YouTube!

I don’t understand how Blurred Lines goes from the favorite in Video of the Year to second favorite in best male video.  I’m just going to stay away from this one.  Where is Macklemore??

I like Mumford & Sons with ‘I Will Wait’ in this one.  The song is extremely catchy and the video is solid.  Once again, I have no clue in regards to these, but out of the 5 choices that would be my pick.

Austin Mahone is the only one of these 5 artists that I have heard of and I know that he is very young, which I think makes him have more potential and qualifies him even more for this category.  I’d say he is a safe bet, even though you have to put out 3 times as much as you would win.

These are just a few of the awards.  Once again, to see all of the odds and place your bets visit Bovada.lv.