Bet On The 2013 Rugby Championship 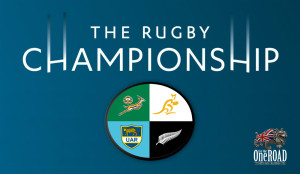 With the primary provincial Southern Hemisphere rugby competition done and dusted, it is time for the national teams to take center stage, with the second edition of the Rugby Championship kicking off this weekend. Argentina made an impressive addition to the old Tri Nations last season, proving that with top level competition outside the World Cup they could go on to become a major force in the sport in years to come. The completion kicks off with the first Bledisloe Cup clash in Sydney, followed by the Pumas’ visit to Soweto later on Saturday night.

Bet365.com is the best place to bet on the 2013 Rugby Championship, offering you a wide array of match selections and markets, including exciting in play options that you can have a punt on as the games progress. Below we look at some of the most popular bets that Bet365.com has to offer.

New Zealand (11/25) will looking, and will be favourites to, maintain their grip on the Bledisloe Cup for the twelfth year running, and the opening clash of the competition in Sydney will be crucial in deciding where the Cup goes this year. The Wallabies (9/5) put up a valiant effort in losing to the British and Irish Lions earlier this year, defying the many naysayers along the way. Despite their narrow defeat, they will be able to take some positives out of the experience and can only be stronger for it. New Zealand are favourites to beat Australia in the opener, in a mirror image of the Super XV final held a couple of weeks ago, where the Chiefs beat their Australian counterparts the Brumbies. The Wallabies are packed with members of the ACT outfit, and will be looking to exact some degree of revenge on their New Zealand opponents on the night. The five-point handicap at 5/6 for the All Blacks is fair, but an Australian victory, or even close defeat, would not be a complete turn up for the books.

The FNB Stadium in Soweto has hosted some mammoth sporting events in the past, and although a clash between the Springboks (1/10) and Argentina (6/1) doesn’t come close to the intensity or even importance of the soccer World Cup final or the titanic battle between the Springboks and the All Blacks a few years back, it will be of great interest nonetheless. The Pumas proved last season that they would be no pushovers when they entered the competition last season, with a couple of strong performances, pushing the three traditional Southern Hemisphere powerhouses. A trip to South Africa first up will not be easy, however, and the 15 point handicap to South Africa, whilst a bit high considering the rather underwhelming performances put on by the Springboks during the incoming Tests in June, is perhaps justified. It is worth a flutter in our books, however. If things go awry for the Pumas, Over 50 points in the game at 13/8 is worth considering as well.

Bet365.com is the place to go for all 2013 Rugby Championship. There you will find the best odds when it comes to rugby betting markets as well as in-play options to play as the action unfolds.

Check out the official SANZAR website to keep up with the event.