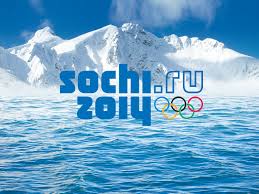 Within minutes after the NHL officially announced that NHL players would be participating in the 2014 Winter Olympics in Sochi, Russia hockey experts, analysts and fans started to speculate on which players would be selected to represent their countries.  After the Nations sent invitations to players to attend the develop camps this talk became even more heated and some scenarios began to develop.

Canada is by far the biggest hot bed for hockey talk in the world and speculation has run rampant as to which of Canada’s stars will don the Maple Leaf next February.  Online sportsbook Bodog.eu didn’t miss a beat and has added several prop bets as to whether specific players will be on the 2014 Team Canada.

Let’s take a look at some of the players and their odds below.  I will also give my opinion.  For the full list go to Bodog.eu and click on ‘NHL Player Props’ under ‘Hockey’.

I was shocked to see this line by Bodog.  It’s saying that Carey Price has over a 1/1 shot at being Canada’s starting goaltender.  The play of the goaltenders in the regular season will determine who gets this slot come the Olympics.  Luongo also has a shot, but 1/1 is a big short.  You have to consider that Cam Ward, Mike Smith, Corey Crawford and event Braden Holtby all have a shot if they play lights out in the first half of the NHL season.  The smart money is definitely at +500 on any other player.

Barring injury Bergeron will be on the team.  Simply put he is a winner and they would be crazy not to include him.  He does everything you want from a player to win games, and he can play with the best players in the game without missing a beat.  He is on the team unless he’s hurt.

Eberle has had success with Canada in the past and is able to put up good numbers offensively with the Oilers, but he should not make this team.  His defensive game is not strong and there are stronger players offensively even.  I would be shocked if he is on the roster.

Sharp has had success with the Blackhawks, but I don’t think he makes the cut when it comes to Team Canada.  His ability to play different positions in different situations is a plus for him, as well as his speed on the large ice surface, but I still think he just misses the cut.

St. Louis is a dynamic player.  He just won the Art Ross last year, but he still probably won’t be on the team in Sochi.  He was left off Team Canada in 2010 when he was still a top 10 scorer in the league.  He’s not the strongest player in his own end, but his speed may be looked to for the large ice surface this time around.  They may also want to keep Stamkos and St. Louis together for some chemistry.  This one is a toss up in my opinion.

There are a few more players that you can bet on and I think more will be added.  Team Canada has so many options that there are upwards of 30 players on the bubble between making the team and staying home.

Head to Bodog.eu to see the full list and place your bets.