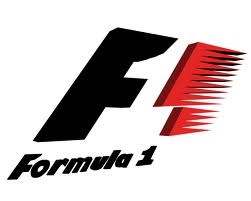 The Canadian Grand Prix is one of the most keenly-awaited meeting of the Formula One racing season, and the famed Circuit Gilles Villeneuve is sure to deliver in terms of spectacle, if not of an unexpected result, such has been the predictability of this season so far. Mercedes’ dominance has been untouched in the opening six races of the season so far, and with no signs of slowing down, punters have had little to get excited about so far.

Bet365.com is the best place to bet on the Canadian Grand Prix, offering you a wide array of match selections and markets, including exciting in play options that you can have a punt on as the games progress. Below we look at some of the most popular bets that Bet365.com has to offer.

The Formula One season so far has been a bit monotonous, with the end result becoming predictable since the first few rounds of the season, when the Mercedes’ dominance was consolidated. Whilst this stability is great for the team, it doesn’t seem to be bringing much value to the betting market, with short odds telling the tale. Though this has presented opportunities for safe bets and small wins, the value on the short bets in a sport like Formula One doesn’t seem to offer a lot of security.

Though it has been a relatively standard occurrence for the two silver cars to ride into the distance unchallenged, with all going smoothly for Lewis Hamilton and Nico Rosberg, the first signs of tension between the two teammates seemed to emerge last week in Monaco, where Rosberg triumphed over the Englishman after a bit of controversy in qualifying.

It will probably be a case of these two teammates going at it again this weekend, with qualifying again coming under the spotlight. Whilst it is less important around the Circuit Gilles Villeneuve than it is around Monaco, it will nonetheless prove to be an important pole position to claim for either of the two drivers.

Looking at the odds, a bet on one of the Red Bulls to come up with something on the day looks to provide decent value, and all it takes is a couple of errors from the leading pair to come away with a decent win. Ferrari, too, are expected to be stronger this weekend, where they will be bringing a few improvements to the car, but they still seem to be a bit too far off the pace to challenge for either qualifying or the race proper – though there were some encouraging signs last weekend.

Bet365.com is the place to go for all Formula One betting throughout the season. There you will find the best odds when it comes to the Canadian Grand Prix markets as well as in-play options to play as the action unfolds.

Check out the official Formula One website for the latest news coming out from Montreal this week.