Bet On The Australian Open – Men 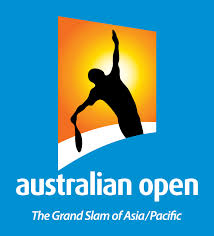 The first tennis major of the year is upon us, in what could be an exciting year for the sport. With the sun setting on the career of Roger Federer, the world number six will be out to prove what everyone in the world of tennis seems to be doubting – that the Swiss maestro can roll back the years and provide fans at least one more year of competitive action. The Australian Open might not be his best chance of a major this year, though, and it will be difficult for anyone, including world number one Rafael Nadal, to unseat Novak Djokovic from his Aussie Open throne.

Bet365.com is the best place to bet on the Australian Open, offering you a wide array of match selections and markets, including exciting in play options that you can have a punt on as the games progress. Below we look at some of the most popular bets that Bet365.com has to offer.

Bet365 is offering each-way betting on the tournament, with which you get 1/2 if your selection makes the final.

The opening few days of the Australian Open have been challenging for the players, as near-record high temperatures in Melbourne have put to the test the fitness of the early season form of the best tennis players on the planet. The good news for the tournament however, is that the searing temperatures haven’t claimed any of the big scalps thus far. The top seeded players all remain in the mix and should they all survive the opening week of action, it should make for a cracking second half to the tournament, opening the year off in style.

A repeat of the 2012 final between Djokovic, four-time winner of the event already, and Nadal looms, but both players will have to get through some potentially stiff opposition in order to get there, assuming everyone gets there without melting under the Aussie summer sun.

Djokovic would then meet Wawrinka in quarters, his first real challenge of the tournament. Though he will still be expected to beat the Swiss gunner, it may pose a difficult physical battle for the Serb, who is now unbeaten in 24 matches. Nadal will square off against Del Potro at the same stage of the tournament, in the pick of the games in the quarters.

Another one to look out for will be the clash between Federer and Murray, UK Sport Personality of the Year in 2013 for his exploits in the Wimbledon and the Olympics, provided the 17-time major winner can get through his fourth round battle against Tsonga. Third seed Ferrer would be up against Berdych, both dark horses and capable of causing upsets on their day.

Bet365.com is the place to go for all tennis betting action from around the world. There you will find the best odds when it comes to Australian Open markets as well as in-play options to play as the action unfolds.

Keep up with the tournament at its official website.