Bet On The Italian Cup Final 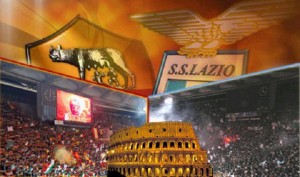 The Serie A reached its conclusion last weekend, Juventus long having secured their second title in a row ahead of Napoli. And Sunday sees the end of the Italian football season with the final of the Italian Cup. Whilst all the global football attention focuses on Wembley on Saturday night for the Champions League Final, the Italian Cup final serves up another mouth-watering encounter as the Lazio and Roma clash in a Final Derby at the Olimpico.

Bet365.com is the best place to bet on the Italian Cup Final, offering you a wide array of match selections and markets, including exciting in play options that you can have a punt on as the game progresses. Below we look at some of the most popular bets that Bet365.com has to offer.

This game holds three points of interest for these two teams. The importance of a Derby victory is always tantamount in the ambitions of these two sides, and whenever they meet there is little extra motivation required. But on Sunday night, these teams will be playing for much more than mere city bragging rights. Apart from the trophy at stake, the winner of the encounter will claim the final Europa League qualifying berth, after both sides finished outside the top five.

Roma (13/10) won the last game of the season to leapfrog Lazio (2/1), but have not won a derby in over two years, and will not have picked a better opportunity to break that duck with a win on Sunday night. Lazio, on the other hand, after such a promising beginning to the season, saw their campaign fall to pieces in the new year, and, once challenging for Champions League qualification, saw their Europa League campaign also fall by the wayside. A win in the Coppa Italia will go a long way to validating their early season efforts.

This game has been marred by crowd violence in recent times, and the action on the pitch hasn’t been any less friendly. With 11 red cards in the last 15 encounters between these two sides, the sparks always fly, even though the goals don’t always do so. Lazio won the first encounter of the season 3-2, and the return game ended in a 1-1 draw. Over two goals in the game is at 3/4, under three pays out at 21/20.

The game will be a tough one to call. Roma finished the season on a much stronger footing, ever since Aurelio Andreazzoli took over, and following a difficult season, some silverware will go a long way to restoring faith in what has been a frustrating period for the Roma fans. Lazio will be disappointed in the way their season panned out, and will see qualification to European competition as essential for the development of the long-term projects of the club. Difficult to call, but at 2/1, Lazio aren’t bad value.

Bet365.com is the place to go for all football betting for all the leagues in Europe. There you will find the best odds when it comes to Italian Cup Final as well as in-play options to play as the action unfolds.

May 24, 2013 Daniele Polizzi Soccer No Comments