My predictions record on the season is now 9-4. You can see my previous picks here. I like the Twins-Royals match-up this evening. 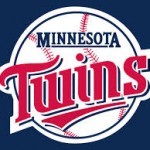 The Minnesota Twins look to avoid a 3-game series sweep at Kansas City this evening. The Twins have lost 4 in a row overall. In the 4 games the team has been outscored 29-12. Catcher Kurt Suzuki leads the team with a .290 average, 2nd baseman Brian Dozier is the team’s home run leader with 20. The team is currently in last place in the AL Central, 16 games behind their opponent tonight. Their starting pitcher tonight is lefty Tommy Milone. Milone has a 6-4 record with a 4.08 era. He has zero wins in his last 4 starts. In those 4 starts he’s recorded 1 loss and 3 no-decisions. In his last start he pitched 4.1 innings giving up 3 earned runs on 10 hits. The Kansas City Royals come in to this evening’s contest in 1st place in the AL Central, 2.5 games ahead of the 2nd place Tigers. The Royals have won 10 of their last 14 games. In the first 2 games of their current series with the Twins they’ve scored 8 runs while only allowing 2 runs. Left-fielder Alex Gordon is the team’s offensive leader with a .281 average, 16 home runs, and 59 rbi’s. Their starting pitcher tonight is right-handed Jeremy Guthrie. Guthrie has a 10-10 record with a 4.32 era and 107 strikeouts in 166.2 innings pitched this season. He has a 5-1 record in his last 6 starts. In his last start, a win at Texas on August 23rd, he gave up only one earned run on 5 hits in 8 innings pitched.

You know what spells doom for the Twins? The fact that the Royals have been playing great ball in the last couple weeks and Guthrie having recorded 5 wins in his last 6 starts. I really like the Royals tonight. 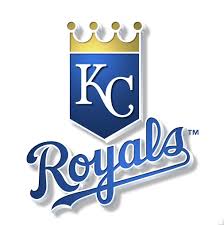