My predictions record on the season is now 8-3 after my correct Nationals pick on Monday. I like the Giants-Cubs match-up this evening. 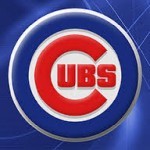 This evening San Francisco Giants and Chicago Cubs play game 2 of their 3 game series. The Cubs were victorious 2-0 yesterday in a game shorted by rain. The game only lasted 4 1/2 innings. Cubs pitcher Tsuyoshi Wada got the win while Giants pitcher Ryan Vogelsong was given the loss. The Giants have lost 7 of their last 10 games. The team currently sits in 2nd place in the NL West, 4.5 games behind the leader Dodgers. They are in a tie with the Braves for the NL’s 2nd wildcard spot. Their starting pitcher tonight is right-handed Jake Peavy. Peavy has a 2-12 record with a 4.57 era and 115 strikeouts. In his last outing, on August 13th versus the White Sox, he recorded a win (his first since April) as he pitched 7 innings allowing one earned run on 4 hits. Prior to that victory he had lost his last 5 starts. The Cubs have won 3 straight games. In those 3 games they outscored their opponents 8-2. 1st basebman Anthony Rizzo leads the team with 29 home runs and 69 rbi’s. Their starting pitcher tonight is right-handed Edwin Jackson. Jackson has a 6-13 record with a 5.74 era and 121 strikeouts. In his last 10 starts he’s only record 1 win to go along with 6 losses and 3 no-decisions. In his last start, a recorded loss versus the Brewers on August 14th, he only pitched 4.2 innings as he gave up 5 earned runs on 7 hits.

The Giants lead the season series with the Cubs 2-1. The Giants are 33-27 on the road this season while the Cubs are 29-31 at home this season.

It’s a so-called ‘battle’ of struggling pitchers in Peavy vs Jackson. I believe the win in his last outing will give Peavy the much needed boost to do just enough for his team to get the W today.