I was incorrect on my free NBA pick last Thursday as Chicago (-13) did grab a victory at home versus New York, but only by 6, 103-97. This evening the Los Angeles Lakers travel to Chicago to take on the Bulls on a Christmas evening match-up! 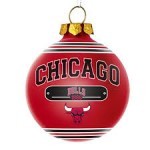 Last season Chicago won both meetings versus Los Angeles. After tonight the 2 teams play 1 more time this season, January 29th at Los Angeles. The Bulls and Lakers last played each other on Christmas during the 2011-2012 season with the Bulls coming out of Los Angeles with a narrow 88-87 win.

Lakers head coach Byron Scott has elected to put Kobe on a plan where he’ll get rest on certain days and games. Today he’ll play after sitting out their win over the Warriors. It will be interesting to see how he responds on the court after sitting out. Pau Gasol takes on the Lakers for the first time after leaving them in the off-season for the Bulls. Derrick Rose is starting to look like his old self, at least in spurts. The Bulls just had impressive wins in back to back game versus the Raptors and Wizards.