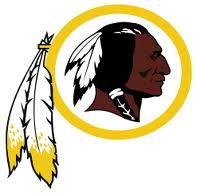 The Seattle Seahawks and Washington Redskins will battle it out this Sunday in the final game of the weekend in the NFL Playoffs.  The Redskins ride a 7 game winning streak into the game and every single one of those W’s was needed for Washington to make the postseason.  Seattle on the other hand finished 11-5, but in similar fashion won their final 5 games of the season and really turned it up offensively in the second half.  The game is being played in Washington, but that home field advantage and the impressive 7 game winning streak wasn’t enough to make the Redskins the favorites in this one.

Here are the odds from 5Dimes.eu, our top rated bookie for NFL betting.

These are reduced juice odds, so they are likely the best you will find online.

I like the Redskins moneyline in this one and here is why:

Washington came on strong at the end of the season winning 7 straight.  These weren’t all easy games either with wins over Dallas (twice), New York Giants and Baltimore Ravens included in this winning streak.  The Redskins are 5-3 at home, while the Seahawks are just 3-5 on the road.

A lot has been made about Russel Wilson finding his game more in the second half of the season, and although true (and likely more so than RG3), RG3 has also improved.  Some people think that RG3 cannot be as effective with an injured knee, but he is a pass first QB and he wins games with his arm more than with his legs.

Both of these teams are very strong right now, but I see the home field advantage being what wins the game for the Redskins.

How To Bet at 5Dimes.eu

If you don’t have an account at 5Dimes, click here to visit the site and open one.  Then go ahead and make a deposit so you have funds to bet on this game.

Next you will find the reduced juice odds under the ‘Football’ heading and ‘Reduced’.  You will want to use these odds as opposed to the ones under ‘NFL’ because you will save about 5 cents on the dollar.

Keep up with the action at NFL.com.  Good luck!