Bet On The Super XV 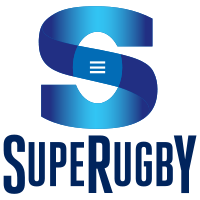 The opening full round of the competition is now behind us, with just the Melbourne Rebels yet to make their season debut, but having had a look at all the main contenders for the tournament last weekend, the biggest rugby tournament in the world is well under way. Having started a week in advance, two South African teams top the leaderboard, with the Sharks, and a little more surprisingly the Lions, winning both of their games – the Durban outfit on top of the log courtesy of an extra bonus point victory against the Bulls first up a couple of weeks ago. The Lions have a chance to leapfrog the Sharks at the top of the table this weekend, as Jake White’s men have their first bye of the year his week. It is yet still much too early to make any long-term predictions for the tournament however, with the final games of the round robin stages only taking place in July.

We take a look at the three conferences below, with a view to working out the chances of the respective teams looking to make it to the final on 2 August.

Bet365.com is the best place to bet on the Super XV, offering you a wide array of match selections and markets, including exciting in play options that you can have a punt on as the games progress. Below we look at some of the most popular bets that Bet365.com has to offer.

The most further along conference of the three owing to the fact it started a week early, most teams in the South African conference have played two games already, with the exception of the Stormers, who will take on the Hurricanes on Friday. The Sharks were the most fancied side of the conference pre-season, and made good on that reputation in their opening two games with victories against the Bulls and the Hurricanes in Durban. Their bye this week comes at a time when they might have wanted to kick on, but the season is long and Jake White will be happy with the way things have started.

A little less happy will be the Stormers, who crashed to defeat in their opener at Ellis Park, against the Lions, who marked their return to the competition after missing out last season because of the controversial inclusion of the Kings with two victories. They will have a chance to bounce back after their bye of last week against a Hurricanes side swept away by the Sharks last week. Johann Ackermann has managed to do wonders in the opening weeks with a relatively inexperienced Lions squad, and it is difficult to see them challenging for the conference come July, but he will be delighted with the start nonetheless. The Bulls are in a transitional period after an exodus of top players to Europe and Japan, and will be hard-pressed to make it to the playoffs this year. The Cheetahs, who impressively made it to the playoffs last season, are in Australia against the Rebels, the only side not to have played yet this season.

The New Zealand conference is likely to the be the most hotly contested one of the three with defending champions the Chiefs already in the pound seat having dealt with the Crusaders in Christchurch already, and will be looking to build on that start in another New Zealand derby against the Highlanders this weekend, in a game that pits together the only two sides in the conference who won their opener.

Plenty was said about the chances of the Blues this season, as a positive pre-season and some good reinforcements to the squad brought in a sense of optimism for the Auckland outfit. Their opener didn’t go as planned, however, as they went down to the Highlanders, but will have a chance to get back in the running this weekend when they face the Crusaders, who will be hungry for a win to kick off their season.

The Chiefs are understandably the favourites in what is arguably the most competitive one, having won the title twice in a row now, but the Crusaders, who will be without star flyhalf Dan Carter – away on ‘sabbatical’ – will no doubt have their say.

The Aussie conference, on paper and traditionally the weakest of the three conferences, looks to be a three-horse race again this year with the Waratahs, who convincingly trounced the Force last week, the Reds and the Brumbies likely to be fighting for the honours and automatic entry to the top three and possibly a home semi. The Brumbies surprised everyone by reaching the final last year, but with the departure of Jake White from the coaching box, a hole will have been left that will be difficult to fill, though a lot of the structures will have remained. Their home defeat at the hands of the Reds will have hurt, and would not have been the way that the new coaching staff would have liked to kick the season off.

Another big Aussie derby will take place this weekend, with the Reds looking to follow up their win in Canberra with another against the ‘Tahs in Sydney, another tough game for the 2011 champions.

Bet365.com is the place to go for all rugby betting action from all three conferences. There you will find the best odds when it comes to Super XV markets as well as in-play options to play as the action unfolds.

Check out the official Super XV website to keep up with the latest from the tournament.