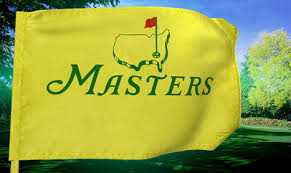 The fairways have been cut and the greens have been primed at Augusta National to welcome the world’s best golfers for the US Masters. Now in its 79th year, the opening major of the year, and also the most prestigious, has served up memorable encounters over the years and this year will be no different. Last year, Bubba Watson pulled out what will become one of the tournament’s classic recovery shots on his way to defeating South African Louis Oosthuizen in a playoff, and the left hander is out at 40/1 to repeat last year’s heroics. But nearing a return to his best form, a certain Tiger Woods lurks ominously amongst this year’s leading contenders.

Below we look at the leading contenders for the green jacket, the players most expected to perform throughout the tournament, as well as the odds for these markets. The odds are taken from Bet365.com, the best place to have a bet on the 2013 US Masters. All of these betting options will be available on the site, as well as many more options and in-play bets.

If you are looking for some great promotions for the tournament I also suggest checking out BettingOffers.org.uk.  They show some great offers from some of the top bookies in the industry.  Some promos include a money back offer on futures if Woods or McIlroy win, a money back offer if your player finishes second to Tiger and a few more.

It is almost difficult to believe that the last time Tiger Woods donned the green jacket at the Masters was eight years ago. The youngest ever winner of the tournament, at 21, he has gone on to add three more titles and many believe that he is nearing a return to his best form following a string of personal issues that have clouded his play in recent years. But he is again the top ranked golfer in the world and he approaches the tournament with a high level of confidence having already won three titles this year, the last of which was at Bay Hill just three weeks ago. If he wishes to equal and surpass Jack Nicklaus’ record of 18 major titles, you feel that he will need to get a move on, and this year’s Masters presents him with an ideal opportunity to get his major season under way with a bang.

The man who many see as the next Tiger Woods, Rory McIlroy, will have to banish the nightmare of his 2011 meltdown from his mind as he fixes on his first green jacket. That year, he was comfortably in the lead before collapsing dramatically on the final nine. He has gone on to win two majors since then, and his natural talent is undisputed; nevertheless, the allure of Augusta requires something extra from a player. He has perhaps lacked the consistency this year throughout the four rounds, and this year’s Masters may have come earlier in the season than he would have liked, but many will be looking to him to confirm his credentials with a strong outing this week.

Someone who knows all about winning at Augusta is Phil Mickelson, who has won the title three times in his storied career, the last of which came in 2010. Mickelson has a remarkable 14 top 10 finishes in 20 attempts at the Masters, and will likely be there or thereabouts come Sunday afternoon.

The last European winner was in the distant 1999, when Jose Maria Olazabal triumphed. With McIlroy, as well as the strong British team of Lee Westwood, Justin Rose, Luke Donald and Ian Poulter, a first win in nearly 15 years would not come completely out of the blue. From the other side of the globe, Adam Scott will look to put the rest the fact that no Australian has ever won this major. Scott was pipped at the last by that amazing finish by Charl Schwartzel in 2011, and finished eighth last year, but he is slowly coming into his game, and must be considered a contender. His strong stroke play form demands as such.

As we mentioned above, the best place to have a bet on the 2013 US Masters is be with Bet365.com, where you will find the best odds and markets for the tournament.

Keep in touch with the 2013 US Masters by visiting its official website.