Bet On The US Masters 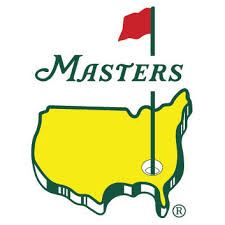 The opening major of the year is just a few days away, with perhaps the most hotly anticipated major of them all, the US Masters in Augusta. The 78th edition of the tournament will start on Thursday, with over 100 of the best golfers in the world converging to provide some of the best of the sport for the next 12 months on the hallowed fairways and greens of Augusta National in the hopes of donning the fames green jacked on Sunday evening. The omission of Tiger Woods from the field for this year might take some of the shine away from the tournament for some, but there will be more than enough talent on display throughout the four days to make up for the absence of the 14-time major winner.

Bet365.com is the best place to bet on the Us Masters, offering you a wide array of match selections and markets, including exciting in play options that you can have a punt on as the games progress. Below we look at some of the most popular bets that Bet365.com has to offer. Bet365.com is also offering each-way betting on the US Masters, with which you will receive 1/4 if should your selection place in positions one to five.

Adam Scott sunk a fifteen-foot birdie in his playoff against Angel Cabrera to win the tournament last year, in so doing becoming the first Aussie golfer to win the Masters and collecting his first career major. With most of the world’s best golfers once again in the running for the green jacket, it will be difficult for Scott to reproduce the performance that took him to victory last year again this time out, though nothing is out of the question for the Australian. Scott will most probably become the world number one should he place in the first three at the Masters, as if he needed any further motivation to bring his best to Augusta.

Rory McIlroy came just nine holes short of winning the Masters in 2011, before collapsing dramatically on the home stretch, eventually finishing out of the top ten. Those memories will still be haunting him as he makes his way to Augusta, but he has gone on to win two different majors since then, and brings some good form into the Masters. He will want to make up for that 2011 disappointment as early in his career as possible, and this year will be a good opportunity to do so.

Perennial Masters contender Phil Mickelson is struggling with form and conditioning coming into the first major of the year, but his Masters record – three career wins plus eleven top ten finishes – is excellent, and he could find his way around the course with his eyes closed. Fitness is rightly a concern for Mickelson, though.

Bet365.com is the place to go for all golf betting. There you will find the best odds when it comes to US Masters markets as well as in-play options to play as the action unfolds.

Visit the official US Masters website to keep up with the latest news and scores.