The Men’s Singles Luge is one of the first events of the 2014 Sochi Olympics.  They get started with the first two runs on Saturday the 8th and finish up the competition with the 3rd and 4th runs on Sunday.

According to Bet365 here are the odds: 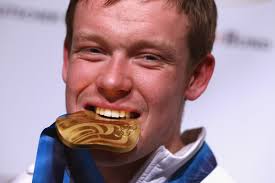 There are the 8 favourites to win the Men’s gold medal in the men’s singles luge competition.  As you can see Felix Loch from Germany is the overwhelming favourite to win this event.  Loch is only 24 years of age, but he already has an Olympic gold medal in this event after winning in Vancouver four years ago.  Loch also won the World Championships in Whistler in 2013, as well as the 2012 gold.  In 2011 he finished second at the World Championships.  Loch is for good reason by far the favourite to win this event, but anything can happen in sliding events such as luge.

The Italian, Armin Zoeggeler is Loch’s biggest threat according to the oddsmakers.  Zoeggeler has been around the block in the sport and is now 40 years old.  He won the gold medal at the Olympics in both 2002 and 2006, while finishing with the bronze medal in 2010.  Zoeggeler did win the European Championships earlier this year so he may be peaking at the right time this season.  That said his age could catch up to him and I don’t think he’s the best bet at 5/1 odds.

After these two there are three athletes with similar odds and then the odds jump quite a bit indicating there are several long shots in this event.

Felix will likely win the gold, but at 1/2 odds he doesn’t pay out very much on your risk.  If you’re ready to bet on Loch or any other lugers click here to visit Bet365.com and place your bets.