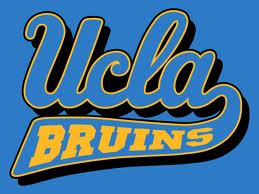 Stanford and UCLA are playing in game you would almost never see in college football.  That is a rematch of last weeks game.  That’s right, UCLA and Stanford finished off their regular season playing each other last Saturday.  A game in which Stanford was by far the better team winning 35-17 and claiming top place in the PAC-12 North Division and the right to play UCLA (who was already the South Division champ) in the PAC-12 title game this week.

Some critics are saying that UCLA may have threw the game in order to take on Stanford in this game rather than the #5 ranked Oregon team who also finished 8-1 in Conference play (Stanford is ranked #8).  I don’t believe that UCLA would have done this in front of their home crowd, but it does make you wonder.

Now UCLA will be travelling to Stanford to play in this title game and they will be looking for a much better showing.  Let’s look at the odds:

The spread for this game is currently a full point difference at two of our favorite bookies so I’ll tell you the best place to bet on either team:

Here are the money line and over/under odds from 5Dimes.eu:

As you can see Stanford are big favorites, but they aren’t expected to dominate like they did last week even though they are at home.

The interesting thing about this game is that both teams are going to be able to have a full week to make adjustments to last weeks game.  So really that game is out in terms of expecting a repeat.  In fact, if anything UCLA is the beneficiary because they were able to look at a Stanford team (that had to bring out the big guns, because it was a must win game) and try to figure out a game plan to beat them.  UCLA didn’t have to show everything because although a win would have been nice, they were already in this title game, so they could keep certain looks under wraps.

For this reason I like UCLA to at least cover the spread in this game.  I might even take them to win the game outright.  It’s a very unique situation.

Whatever the case the winner of this game will be playing in the Rose Bowl this year.

As mentioned above, 5Dimes.eu and Bovada.lv are great bookies for betting on this game.  Click on those links to visit either site and open an account.