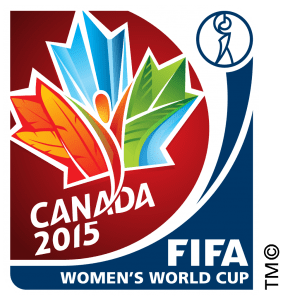 The USA’s second group game in the 2015 Women’s World Cup will no doubt be their most difficult match in a group that also includes Australia and Nigeria.

The Americans were challenged in their first game of the tournament by the Australian Women, but they eventually proved too much in the second half en route to a 3-1 win in that match.  The Americans had some trouble with the Aussies in the first half, but eventually gained control of the match finishing with 56% possession even though the shot attempts were pretty much identical.

The Swedish Women were not able to get out with a win after going up both 2-0 and 3-2 in their match with the resilient Nigerians.  The match finished 3-3.  This was probably a fair finish as the Swedes only had 49% of the possession and half as many shot attempts as their African opponents.

Overall, neither team really dominated like they were expected to in their first round matches.

Let’s look at the odds for group stage game that will take place this Friday, June 12th.

I like the Americans to win this game.  The Swedes proved that they may not be in top form after failing to defeat the Nigerians in their first game of the tournament.  I don’t expect Sweden to be able to put up more than a single goal against the American women and if they fail to control possession it’s likely that Megan Rapinoe and company will put up another few goals in this match.

The Americans will have settled into the field and climate in Winnipeg even more before this game, which should allow them to pressure even more.

After this loss the Swedes will be in a tough spot for their match with the Australians, with the possibility of not advancing to the knockout stage.

5Dimes has by far the best odds you can find online for betting on this match.  To find the odds click on ‘Womens Intl’ under ‘Soccer’ in the 5Dimes sportsbook.  Click here to visit 5Dimes.eu…..