Bet On Vitor Belfort vs Jon Jones at UFC 152 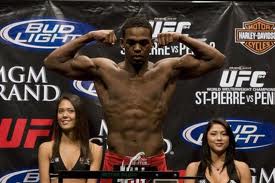 The UFC is back in Canada this coming Saturday, with arguably the best pound for pound fighter currently in the UFC. Jon Jones was expected to fight Dan Henderson at UFC 151, but after Henderson was forced to withdraw the UFC replaced him with Chael Sonnen. The fight looked like it was ready to go, but then Jones refused to fight Chael Sonnen on only 8 days notice and Dana White was forced to cancel the entire UFC 151 event because there was no longer a main event. Now Jones is set to fight Vitor Belfort who is coming off a couple of big UFC wins, but Jones is still the heavy favorite.

Jon Jones won the UFC Light Heavyweight title back in March of 2011 and has since defended it 3 times against top fighters such as Rampage Jackson, Lyoto Machida and Rashad Evans.  Vitor Belfort is definitely not as big of a threat as Rashad Evans was at UFC 145, but he is still one of the top fighters in the UFC and has a fighters chance against Jones.

One thing that you should note is that Belfort has not had a fight go past the first round since July of 2008, so this will likely be a quick affair.  Let’s check out the odds:

As you can see Belfort is a huge dog in this one with the oddsmakers having Jones as about a 7 to 1 favorite.

The fight is not expected to go long, but it might be a smart bet to take the Under 1.5 rounds considering Belfort’s history and Jones’ ability to end fights.

You can see the links above of the online sportsbooks that we recommend here at BetOnIt.org that offer the best odds for each betting option.  Click on any of those links to visit that sportsbook.  Once there you should open an account in order to place bets.

After you’ve opened your account you will need to make a deposit in order to have money with which to bet on the UFC online.  I also suggest looking into the sign up bonus offered at each online bookie so you understand how to receive it and how much of your deposit will be matched as a bonus.

Next find the MMA/UFC section of the sportsbook and place your bets.  Then sit back on Saturday with the PPV on and watch Jon Jones defend his title.

Check out the UFC website to stay up to date on the fight.