Betting On The Canadian Open – Odds and Free Pick 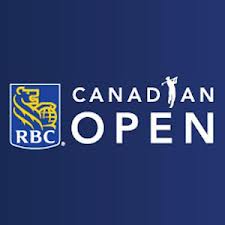 Following Phil Mickelson’s big Sunday win at The Open Championship this past weekend a lot of attention has turned to the world of golf.  The next big tournament is the RBC Canadian Open, which gets underway this Thursday at Glen Abbey Golf Club in Oakville, Ontario.

Let’s take a look at the odds from SportsInteraction.com:

There are some of the favourites for the Canadian Open.  Head over to SportsInteraction.com to see the entire list of odds.

Brandt Snedeker is the favourite in the tournament and has been playing quite well lately.  He finished tied for 11th with a +4 at The Open Championship last week, while having solid finishes at both the US Open and AT&T Open in his previous two tournaments.

Hideki Matsuyami shot a +2 at The Open last week and that includes a 1 stroke penalty for slow play.  He also finished 10th at The US Open and will look to get his first win of the season in Oakville this weekend.  The slow play penalty cost Matsuyami close to $150,000 last weekend so he could be ready to get that money back with a few great rounds.

Bubba Watson has not had a great season, which is why he is at +2700.  I still wouldn’t suggest backing him this weekend because he has not been playing his best golf of late.  That said he did have a 4th place finish at the Travelers Championships.

I personally like Matsuyami this weekend.  He has been playing well and will be ready to put the penalty at The Open behind him.  A win at the Canadian Open will put him in the headlines for the right reasons.

The best odds I have found for betting on the Canadian Open is SportsInteraction.com.  Sports Interaction is always attempting to build their Canadian marketshare so you can expect that they went out of their way to provide a good betting experience and odds for The Canadian Open.

Click here to visit SportsInteraction.com.  Set up your account and make a deposit.  You will then find the odds for the tournament under ‘Golf’ and ‘PGA’.