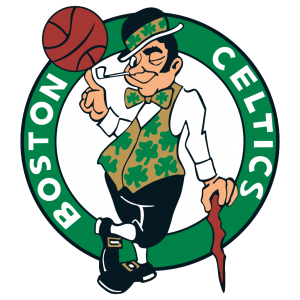 There are a lot of great games on the NBA schedule on Friday night, and one of the best matchups of the night is the game between the Houston Rockets and Boston Celtics. The game will take place at the TD Garden in Boston and is scheduled to begin at 7:30 PM. ET.

The Houston Rockets have had an up and down season, but seem to be heading in the right direction after winning three of their last four games. Despite the recent success, the Rockets are barely hanging on to the final playoff spot in the Western Conference, and have a three game lead over the Utah Jazz, who are in 9th.

Fortunately for the Rockets, they are only 1.5 games behind the Portland Trailblazers, who are in 6th place, so they still have a chance of avoiding the Golden State Warriors in the first round if they can work their way up the standings before the season ends.

While the Golden State Warriors and San Antonio Spurs have gotten most of the media’s attention this season, the Celtics have quietly rebuilt their team and find themselves among the top contenders in the Eastern Conference. Boston has also won their last 14 home games, making it the first time since Larry Bird was still playing that Boston won 14 consecutive home games.

The 14 game home winning streak is even more impressive when you realize the Celtics team with Kevin Garnett, Paul Pierce, and Ray Allen, never won 14 home games in a row despite all the talent on those teams.

Houston hasn’t had any problems scoring this season, the team currently averages 105.8 points per game, which is the 5th most in the league. Their problem all year has been on the defensive end, which is surprising because Dwight Howard is healthier than he was last year. Currently, the Rockets allow opponents to score 106.9 points per game, which is 27th in the league and worse than bottom dwellers like the Minnesota Timberwolves, Phoenix Suns, and Brooklyn Nets currently allow.

With Boston only 4.5 games behind Toronto in the standings, the Celtics have a chance to clinch the 2nd seed in the Eastern Conference, which will give them home court advantage until they have to face the Cavaliers in the playoffs.

BetOnline.ag has the Celtics favored to win this game by 6 points. The over/under on total points scored is 223.5.  For a full review of our top rated sportsbook, BetOnline.ag, click here.

The Celtics dominated the Rockets in Houston the first time both teams met, and have been on a roll at home lately, so I’m picking Boston to win the game and cover the spread.