This is a very interesting game in the Sweet Sixteen.  The Tennessee Volunteers had to play a first round play-in game against Iowa, which they won in overtime, just to get into the round of 64 in the March Madness tournament.  Now they are here after two decisive wins.  Michigan has also been very clinical in their wins thus far, but one of these streaks must end on Friday.

The oddsmakers have this game very close, which it should be.  Here are the odds from BetOnline, with the spread, money line and over/under displayed below: 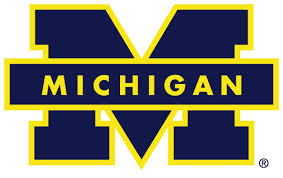 I like Michigan to cover the spread, but I do agree that they are not big favourites in this one.

The SEC simply wasn’t given the credit it deserved in this tournament.  Only 3 SEC teams qualified, with Tennessee even being forced to play a play-in game.  Since then Florida, Kentucky and Tennessee have all won their first two games (3 for the Volunteers), with Kentucky even knocking off a #1 seed.  The SEC may just be better than it was given credit for.

That said I think the Big Ten has proved it is the best Conference in the NCAA this year and Michigan is the top team from said Conference.  Tennessee battled an Iowa team that was 9-9 in Big 10 Conference play in the play-in game and only beat them in overtime.  Michigan was 15-3 in the Big Ten, although they did lose to Iowa once.  That said they are definitely on top of their game right now.  They beat Texas by 14 points, which shows just how dominant they can be.  Nik Stauskas can take a game over and I expect him to be able to put up several points against the Volunteers.

Don’t get me wrong, this challenge from Tennessee will be much more difficult than Texas even though they are an 11 seed, but I think Michigan has the team to overcome this challenge and continue on to face the winner of Louisville and Kentucky.

If they do get into a battle I expect Michigan’s tournament experience to really help them find a way to win this game and move into the Elite 8.

Check out all the odds for this game at BetOnline.ag.