The Arizona Cardinals will be trying to wrap up the second seed in the NFC playoffs when the face the Green Bay Packers on Sunday at the University of Phoenix Stadium. The game is scheduled to begin at 4:25 PM. ET.

The Cardinals are currently 12-2, and have clinched the NFC West title. But they can’t afford to rest their players this week because a loss to the Packers this week and a loss to the Seattle Seahawks next week will give Green Bay a chance to move up to the second seed. 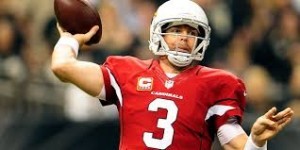 Expect a big game from Carson Palmer in this one. It could turn into a shootout.

The Packers were able to survive a rough stretch where they lost three straight games, and have now won four of their last five games. While the team has been playing considerably better, the offense still doesn’t look as good as it has in recent years.

With head coach Mike McCarthy taking over the play calling duties for the rest of the season, their offense should be much improved going into the playoffs.

The Cardinals are considered to be the most complete team in the NFC, despite the fact that the Carolina Panthers are 14-0 and have a chance to finish the regular season undefeated.

Last week, the Cardinals dominated the Philadelphia Eagles, but they suffered a big loss when they lost safety Tyrann Mathieu for the rest of the season with a torn ACL which occurred late in the game against the Eagles.

The loss of Mathieu is a big blow to their secondary, but the team believes they will find someone to fill Mathieu’s shoes and help the defense shut down opponents.

Green Bay’s last three wins have come against teams with losing records so this will be a very big test for them prior to the start of the playoffs. A win by the Packers will make them a favorite to win the conference.

The Cardinals will be hoping to get the type of performance they got from David Johnson on Sunday night against the Eagles when they play the Packers, who have had problems stopping the run on several occasions this season.

Last week, Johnson ran for 187 yards and 3 touchdowns, as well as 42 receiving yards while filling in for the injured Chris Johnson.

The Packers finally got the type of production they have been expecting from Eddie Lacy all season against the Dallas Cowboys two weeks ago. In that game, Lacy finished with 124 yards and 1 touchdown.

Last week, Lacy finished with 23 rushing yards against the Raiders. The Packers need more consistency from him if they are to make a deep playoff run this year. They also need him to play like he did against the Cowboys in order to win this game.

BetOnline.ag has the Cardinals favored to win this game by 4.5 points. The over/under on total points scored is 50.  Check out our full BetOnline.ag review to learn more about our top rated sportsbook.

The Cardinals would love to have a bye week to rest up before they start the playoffs, and a win against the Packers guarantees that so I expect them to cover the spread and win this game.