The Detroit Pistons will be trying to hold on to the eighth and final spot in the Eastern Conference standings when they host the Charlotte Hornets at The Palace of Auburn Hills on Friday night. The game will begin at 7:30 PM. ET.

The Pistons were considered a dark horse to make the playoffs prior to the start of the season. Despite their inconsistent play, they find themselves in the thick of the playoff race and one game ahead of the Chicago Bulls. 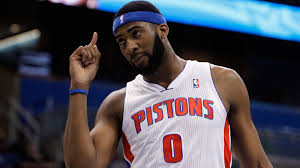 Detroit has been on a roll lately, winning four straight games and seven of their last 10 games. The key to the team’s success is Andre Drummond, who is quickly becoming one of the best big men in the NBA. Drummond leads the league with 59 double doubles this season, which is the most in franchise history.

In their last game, Drummond led the way for the Pistons with 30 points and 14 rebounds, and will be counted on to do the same against the Hornets on Friday.

Charlotte has bounced back from a disappointing 2014 campaign, and currently sit in 6th place in the East. A win against the Pistons will increase the Hornets’ lead over the Indiana Pacers and Pistons who are currently 3.5 games behind the Hornets.

Since the Hornets are only half a game behind 3rd place Atlanta Hawks in the standings, the Hornets still have a chance to have home court advantage in the playoffs.

Like the Pistons, the Hornets have also been playing well. Charlotte has won two consecutive games and eight of their last 10 games, so they should be going into this game with a lot of confidence.

Kemba Walker has been the top scorer for Charlotte this season and a big reason for their success. The Hornets have also been getting some solid contribution from Jeremy Lin, who is averaging 22 points off the bench in the last three games.

BetOnline.ag has the Pistons as 2 point favourites over the Hornets in this game.  The over/under is set at 205.5.  Check out our full review of BetOnline for more info on the sportsbook.

The matchup between Al Jefferson and Andre Drummond will be a very interesting one because both men are very talented and hard to guard in the post. Drummond has been playing very well lately and I think he will be the key to Detroit’s victory in this game so I’m picking the Pistons to cover the spread and get the win.