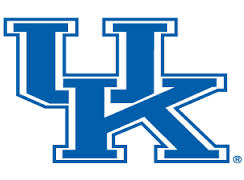 The Final Four is finally here this Saturday.  Kentucky has surprised throughout this tournament, starting by handing Wichita State their first loss and then finding a way by Louisville and Michigan, both of whom many fans had picked to go all the way.  Wisconsin has had a bit of an easier road, with their main test coming against #1 seed Arizona in the West Region finals.  They squeaked out the win in that game by a point and now get to face the Wildcats in the Final Four!

Here are the odds for the game from BetOnline:

I wouldn’t be surprised if this is the first time Kentucky is the favourite in a game since their first round matchup with Kansas State.  The giants that Kentucky have found a way past though have made them the deserved favourites in this one.  The SEC wasn’t given much respect this year and now two of the three SEC teams in the dance are in the Final Four.  The oddsmakers are giving the respect a little late now, with Florida and Kentucky each the favourites in their games which could set up an all SEC finals.  In the SEC Finals Florida squeaked out a 1 point win over Kentucky and Florida has dominated every opponent by double digits so far in the tournament.

I like Kentucky in this one.  I’ve already tapped on some of the reasons so far, like the fact they have got past Wichita State, Louisville and Michigan, as well as the fact the SEC has done very well in this tournament.  The Wildcats have been in tight games against top echelon opponents and have come out on top.  Wisconsin will be another top team, but they have had a much easier road to the finals.  Kentucky just beat Michigan, which was the top team in the Big Ten, which in my mind makes Kentucky the favourites in this game (which they are).

The PAC-12 weren’t overly great at the tournament so the big win in overtime over Arizona loses some of its muster.  Kentucky will be the best team the Badgers have played yet and I don’t think they will be able to match up with them admirably.  Of course these teams are all so tight that anything can happen, but the smart money to me is on Kentucky by a point and a half.

Check out BetOnline.ag for all the other odds on the game.