One of the most interesting series in the NBA playoffs continues on Thursday when the Atlanta Hawks travel to the TD Garden to take on the Boston Celtics. The Hawks currently lead the series 3-2, and the game will begin at 8 PM. ET.

The Atlanta Hawks were one of the most dominant teams in the Eastern Conference last season, advancing to the Eastern Conference Finals before being defeated by the Cleveland Cavaliers. With most of their players returning this year, they were expected to pick off where they left off, but a slow start to the season ended up dropping them to 4th place in East.

Despite their struggles this season, the Hawks still have one of the most talented rosters in the league, and were expected to easily dispatch the Boston Celtics. 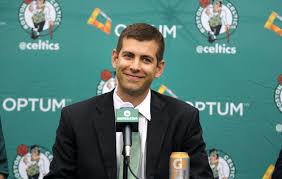 Coach Stevens will have his team ready to go in game 6.

Boston was an 8th seed last season, but they have been a much improved team this year thanks to the addition of Isaiah Thomas and the emergence of players like Jae Crowder and Avery Bradley. Boston improved from last season and finished with the same record as the Miami Heat, Atlanta Hawks, and Charlotte Hornets, but ended up in the 5 th position in the standings due to tiebreakers.

The Hawks took the first two games of the series in convincing fashion, and looked like they would sweep the Celtics especially after Boston lost Avery Bradley to injury in game 1. Despite being down 0-2 and not having Bradley in the lineup, the Celtics took the next two games in front of their home crowd.

In game 5, the Celtics started hot and looked like they would be able to pull off a road victory, but the Hawks bounced back and routed the Celtics to take the 3-2 series lead.

Now, the Celtics have their backs against the wall because a win keeps their season alive, and a loss means it’s time to go home.

On Wednesday, Celtics coach Brad Stevens said it is unlikely Bradley plays again in this series, which means the Celtics will have to figure out how to win the playoff series without the services of their second leading scorer. Since they have managed to win two games without Bradley in the lineup, the Celtics should be confident in their ability to keep their season alive by getting another win in front of their fans.

The Hawks on the other hand have to find a way to be more consistent. In their last game, they shot the ball very well in the second and third quarters, but didn’t do as well in the first and fourth. They were able to escape with a win, but will have a hard time doing it again especially when they are playing on the road.

BetOnline.ag has the Hawks as 1.5 point favorites to win the game. The over/under on total points scored is 197.  Here’s a full BetOnline review.

The Celtics are not at full strength, but Brad Stevens proved this year that he is one of the best coaches in the NBA and I’m confident he will have his team ready to play. Smart money is on the Celtics to win and force a game 7.