Next up we have an Easter Conference clash in the MLS between hosts Montreal Impact and Orlando City. Montreal Impact returned to winning ways with their road win at Toronto, putting an end to their 3 match winless streak. They will be hosting Orlando, who also took a very valuable win against New York City FC, but will probably be missing Kyle Larin and Molino. 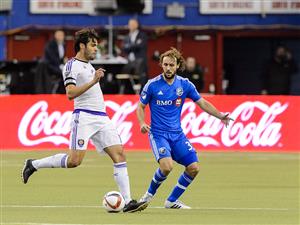 Orlando City (6-7-13) took a valuable 1-2 win against New York City FC, with Kaka showing his undeniable class once more, scoring both goals for his team. That win also put a stop on Orlando’s 4 match winless streak (0-2-2). It was a hard fought win, as Kaka opened the score at the 32nd minute, while Orlando kept their lead till the half time break. However, NYCFC managed to equalise at the start of the second half (55th) but Orlando were lucky enough to be awarded a penalty shot at the 63rd minute. Kaka didn’t fail to deliver, as he doubled his personal goals and eventually gave his team a valuable win. Orlando are back in the play-off chase with that win, as they are now at the 7th spot with 31 points, just one point behind DC United. If they win here, they will leapfrog DC United for 6th spot, but in order to do so they must improve on their road performances. Orlando City haven’t won on the road since March (1-5-6), with 4 draws in their last 4 away matches. Molino and Larin will return from their international duties at the day of the match, so they are highly unlikely to participate.

Montreal Impact (9-7-10) recorded a valuable and very tough win in their last match, as they defeated Toronto on the road with 1-0. The first half was balanced, until the 43rd minute, where Montreal were mistakenly left with 10 men. They were excellent in the defense as they kept Toronto away from their defensive area. They managed to strike on the 73rd minute, when Piatti scored the sole goal of the match after a counter attack. That was the first win after 3 unsuccessful tries (0-2-1) for Montreal, and they manner in which it came against a Canadian rival will surely boost their morale as the regular season draws to a close. Montreal really solidified their play-off spot with that win, as they are now at the 5th spot with 37 points, 6 points above the 6th Orlando. Montreal are also 6 points behind the 2nd New York Red Bulls, and with 2 matches in hand, so a win here would come a long way. Drogba is listed as doubtful, while Oyongo and Venegas are unavailable due to international duty.

If Orlando’s most productive players (22 goals combined) are unable to play, then I believe this will be an easy win for Montreal, as they continue to build up momentum. This is a crucial match between the two sides, as both teams will look to grab all 3 points. I think that the Impact will win this one.