Last season, the Houston Texans were embarrassed at home during the Wildcard round of the playoffs by the Kansas City Chiefs, and on Sunday, they have a chance to exact some revenge. The game will be played at RNG Stadium, and is scheduled to begin at 1 PM. ET.

During the playoffs, the Texans were blanked at home 30-0, thanks in large part to quarterback Brian Hoyer, who picked the wrong time to have his worst game of the year. The Chiefs defense hounded Hoyer into turning the ball over 5 times, which also effectively ended the quarterback’s time in Houston.

The Chiefs defense dominated so much that their offense didn’t have to do much during that game. Alex Smith threw for 190 yards and the team ran for 141 yards, but it was more than enough to get the easy win. 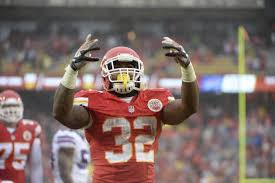 If Spencer Ware can have close to as big of a game as he had in week 1 the Chiefs should be in good hands.

For Houston, it was a day they couldn’t get anything to go right. Hoyer’s struggles put the team in a hole early in the game, which made the team abandon their running game, which was rather effective that day.

During the offseason, Houston decided to go in a new direction in terms of their quarterback, and were able to sign former Denver backup Brock Osweiler in free agency.

In their first game of the season, the Texans defeated the Chicago Bears, with Osweiler throwing for 231 yards and 2 touchdowns. Another one of the team’s offseason acquisitions, Lamar Miller, racked up 106 rushing yards to give the offense a balanced attack.

The Chiefs didn’t make many changes to their offense during the offseason, and after their performance on Sunday, it easy to see why. Kansas City was without star running back Jamaal Charles, who is recovering from an injury, and fell behind the Chargers early in the game.

In the second half, Alex Smith rallied his team and the Chiefs offense finally came to life. Kansas City was able to force overtime against their AFC West rivals, and won the game in the extra period.

One of the reasons Smith was successful bringing his team back on Sunday is the fact that the Chargers have one of the worst defenses in the league, things will be much tougher this week as he goes up against a Texans defense looking for some payback after last season’s embarrassing defeat.

With Jamaal Charles not expected to play this week as well, it falls on Smith to lead the team to victory once more.

Bovada.lv has the Houston Texans favored to win the game by 2.5 points. The over/under on total points scored is 43.5.  Here’s our full Bovada review.

The Texans offense played well last week but they will have a tougher time against a Chiefs defense that loves to bring the heat. I think the Chiefs will frustrate Osweiler and lead Kansas City to victory.