Week 8 of the NFL season features one of the best games of the season with the undefeated Green Bay Packers traveling to Denver to take on the undefeated Denver Broncos at Sports Authority Field at Mile High on Sunday night. The game is scheduled to kick off at 8:30 PM. ET.

This is a game that features two Super Bowl contenders, which makes it must see television. Both teams are coming off their bye weeks, so they have had plenty of time to prepare for each other.

The Green Bay Packers have looked good offensively, even without the services of Jordy Nelson, who was hurt for the season during the preseason. Aaron Rodgers is one again one of the front-runners for the MVP award. 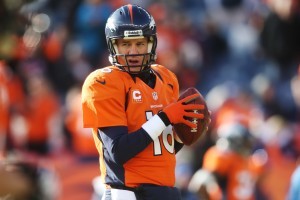 Manning and the offense will have to improve their play to help the defense against this Packers team.

Defensively, Green Bay has improved this season, which is good news for their fans, who have been frustrated by their defense over the last few seasons. Despite the improvement they have shown defensively this year, they still have some work to do after allowing Phillip Rivers to throw for over 500 yards in their last game.

The Broncos, on the other hand, haven’t resembled the offensive juggernaut that they have been ever since they signed Peyton Manning in 2012, which has led a lot of experts to predict that they won’t advance very far in the playoffs.

Most of their offensive struggles have been blamed on Manning, who leads the league in interceptions this season, but in reality, there are other factors at play.

The Broncos hired Gary Kubiak in the offseason, which means they are playing in a new offense that what they had the last three seasons. Kubiak also hasn’t given Manning the freedom he has had when it comes to calling plays for most of his career.

The Broncos receivers have been dropping a lot of catchable balls this season, which also adds to their offensive woes. And the absence of Julius Thomas, who signed with the Jacksonville Jaguars in the offseason has also affected their offense.

If the Denver defense continues playing as well as it has this season and the offense finally gets in synch, the Broncos will be a tough team to defeat.

This will be the biggest test for both teams at this point of the season while the Packers have a win against the Seahawks this season, this will be a good way to see how they stack up against one of the best teams in the AFC this season. For Denver, they will be facing their second opponent with a winning record, and will find out just how good their defense really is against the high-octane Packers offense.

BetOnline.ag has the Packers favoured to win this game by 3 points. The over/under on total points scored is 45.5.  Check out our full BetOnline.ag review to learn more about our top rated sportsbook.

Even with Denver struggling offensively, this is a very tough game to call. The Packers offense looked good in the first three games of the season but has slowed down a little, while the Denver defense seems to be getting better. I’m going to pick the Broncos to cover the spread, so take Denver at +3.