It’s a Western Conference battle when Real Salt Lake host Colorado Rapids on Friday, August 26th. Colorado are 2nd in the Conference with 43 points, while RSL are 3rd with 40. Both teams will look to get a positive result from this match as the season draws to a close, and I believe that both teams will be happy with a point each. This will be the 37th MLS regular season meeting between these Western Conference rivals. Real Salt Lake hold a narrow advantage based on previous meetings, winning 14 and losing 12 against the Rapids, with 10 matches ending in a draw.

Here are the odds from Bovada.lv for this match: 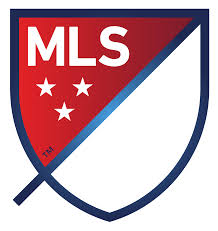 Real Salt Lake (11-8-7) are currently 3rd in the Western Conference, with 40 points, just 3 points behind the 2nd Colorado Rapids. A win over Colorado on Friday would see them move ahead of the Rapids and into the 2nd place in the West, so this is a massive clash for both sides. However, RSL have been very inconsistent lately, but they are unbeaten at home this season (7-0-5) and that is exactly why they are so high in the standings. Real Salt Lake have won just three of their last 11 MLS matches, but are just five points behind Supporters’ Shield leaders Dallas with eight more games to play in the season. In their last match, they took a valuable 0-1 win at home against Dallas, which brought them to the 3rd spot, overcoming the Galaxy. The coach will be very happy to see central defender Jamison Olave strike some good form, but he will have some unavailable players for this match. Emery Welshman, Sunday Stephen and Aaron Maund are all out, while Jordan Allen is a doubt and is unlikely to feature. Right-back Tony Beltran is suspended as a result of yellow card accumulation and won’t be available.

On the other hand, Colorado (11-3-10) are the surprise package of the MLS this season. They have lost just 3 matches so far in the season, and they also feature the best defense in the league, by far, having conceded just 20 goals in 24 matches. Their biggest weapon is their home ground, where they are undefeated, but they are also very hard to beat on the road (2-3-6). Of course they will make the play-offs, but they need to win more games, as they have won only 2 of their last 9 matches, and there are many teams looking to take their spot. They are still chasing FC Dallas themselves, as they are just 2 points behind them, but they also have two games in hand, so a win here would bump them at the top of the Western Conference, at least temporarily. The Rapids have a horrible history in their road matches against RSL, as they have won only 3 out of their 18 matches at Salt Lake (3-10-5), with their last win there dating back to 2007. Colorado’s Dillon Serna remains out for the season, while Sebastien Le Toux, Sean St. Ledger and Jermaine Jones are all doubtful for this match.

This is going to be a very close battle between two of this season’s Western Conference protagonists. Real Salt Lake will most likely keep their unbeaten home record intact, but the Rapids are a very tough nut to crack this season. It’s very tough to predict who is going to win this match, but I think that both teams will be happy with one point each.